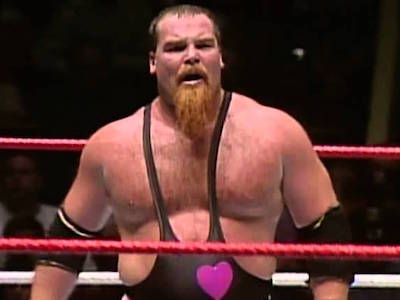 We reported on the passing of WWE legend Jim Neidhart earlier this week after WWE released their official statement. Their latest release notified fans that a special Neidhart centered collection would be available for viewing on their network. Jim was in some classic feuds and matches with his most popular ones being those with his … Read more

Good news is finally starting to appear for WWE executives. They officially announced in the following press release that an agreement has been signed, a 10 year contract with Rogers Communications that deals with distribution rights. What this basically means is that Rogers will help the WWE bring their struggling network to Canada in the … Read more

Reports are coming in that that Vince McMahon along with other WWE officials will be speaking to to the current WWE roster about how the company will be changing with the WWE Network launching. With threats from Direct TV about pulling pay per view events a major concern, current talent has to be curious how their pay-per-view bonuses will be affected, if at all.

NEW YORK, N.Y. (December 16, 2009)-VERSUS, the cable television home of World Extreme Cagefighting® (WEC®), today announced a multi-year extension with Zuffa LLC., the owners of both the WEC and UFC®.  As part of VERSUS’ renewal deal, the network will air seven live WEC fights and two live UFC events in 2010, marking the first time that live UFC events will air on a national sports cable network.

“Since 2007 fight fans have come to VERSUS for some of the best mixed martial arts action available on television.  WEC on VERSUS has been a tremendous catalyst for network growth and solidified our position as a top destination in the MMA category,” said Marc Fein, Executive Vice President of Programming, Production and Business Operations for VERSUS.  “Continuing our thriving partnership with Zuffa and the addition of two UFC fights to our lineup will, without a doubt, propel VERSUS to the next level in live MMA offerings.”

PRO MMA (promma.info) is proud to announce that we have joined Sports Blog Net, one of the world’s leading sports blog networks. They have formed a selective network of blogs covering all the major sports. However, PRO MMA (promma.info) is only the third MMA website within the network. We are very discriminating in the sites … Read more