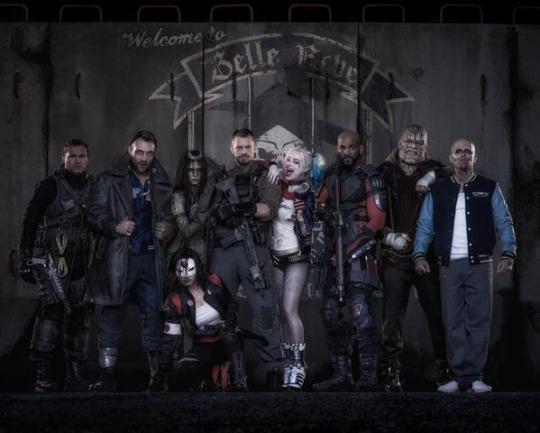 So the legendary Suicide Squad comic villains/anti-heroes are coming soon to a big screen near you soon. Jared Leto as the Joker was a shocking revelation, but maybe not as much as Floyd Lawton AKA Deadshot being portrayed by Will Smith. They released a pic of the cast shortly after a very polarizing image of … Read more

Mike “Joker” Guyman fights Rory MacDonald at “UFC Fight Night 20” on Monday, Jan. 11, at the Patriot Center in Fairfax, Va. The bout will mark the UFC debut of both fighters. It was only a few months ago that Guymon made a suicide attempt after a severe bout with depression. In this new interview … Read more

Current King of the Cage Welterweight Champion Mike “Joker” Guymon was taken for psychiatric evaluation on Tuesday after what is being called a “suicide attempt” according to the OC Register. Guymon (10-2-1), an original member of The Tapout Crew, runs Joker’s Wild Fighting Academy in Lake Forest, Calif. and has worked with many of MMA’s elite athletes.

Deputies were called to Guymon’s house by his wife Nicole. She said her husband was extremely distraught after they had an argument. The report states that originally Joker had a gun but his wife was able to get it from him.

On August 14th, King of the Cage returned at San manuel Indian Bingo & Casino.  The card featured 8 fights and was headlined by two title fights.  In both title bouts, the title changed hands in brutal fashion.  Joe Camacho defended his title against Joe Boxer and suffered a brutal TKO in the second round.  … Read more