Former WWE champion and future hall-of-famer John Cena was on Jimmy Kimmel Live! and talked about many things but our favorite was his take on fan reactions to his new haircut. Gone is the military high and tight, jorts, and sneakers that were traded in for a Hollywood suit and steadily growing movie career. Check this clip out. 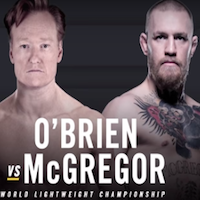 It was announced Friday that part of the investors that recently purchased the Ultimate Fighting Championship for $4 billion includes a host of celebrities and sports personalities. Those with a stake in the world’s premier professional mixed martial arts league include the likes of Ben Affleck, Mark Wahlberg, Rob Dyrdek, Serena Williams, Conan O’Brien, Sly Stallone and Tom Brady among others. 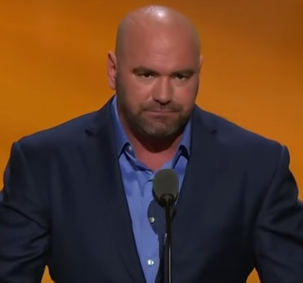 UFC President was on Jimmy Kimmel Live! Thursday night to talk about the recent $4 billion sale of the Ultimate Fighting Championship. White said he has signed on to remain President for at least five more years. He also admittedly freaked out a little bit after the sale. “You know, you get to the point … Read more

UFC women’s bantamweight champion Ronda Rousey appeared on Jimmy Kimmel Live and talked about a variety of topics, including her upcoming title defense against Bethe Correira. Rousey likens the bout to the movie Rocky IV because she’ll be traveling into the home country of Correira the same way Rocky went Russia to fight Drago. Rousey … Read more 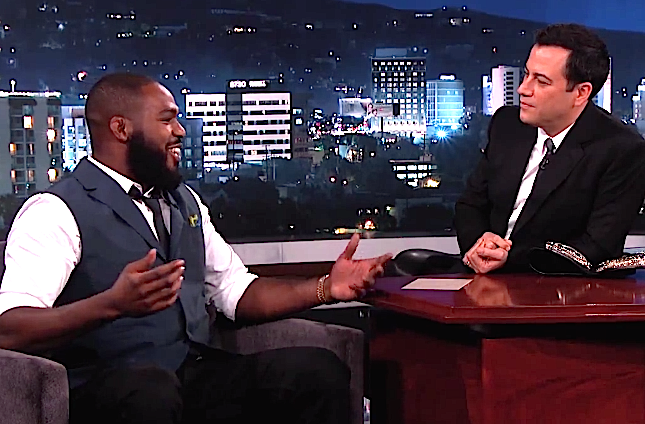 Jonny “Bones” Jones was on Jimmy Kimmel Live last night to discuss his UFC 178 media day brawl with Daniel Cormier that occurred Monday in Las Vegas. Jones blamed the incident on Cormier, saying this was the Olympic wrestler’s highest profile fight and thinks the pressure got to him. “I don’t think he’s used to fighting … Read more 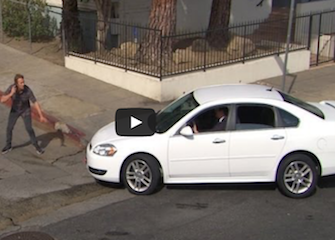 Ever had road rage? Try driving in Las Vegas traffic in the summer with no air conditioner. This would sure come in handy. A new technology allows cars to detect the emotions of their drivers via infrared camera and if you become upset, the system will warn you about it. 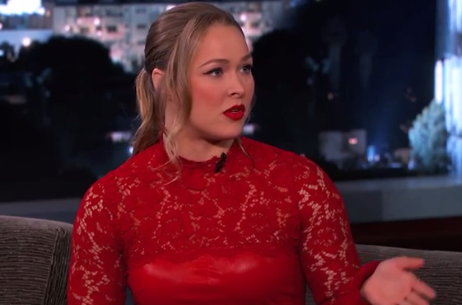 UFC women’s bantamweight champion Ronda Rousey appeared on Jimmy Kimmel Live Monday night to discuss her upcoming rematch with opposing Ultimate Fighter 18 coach Miesha Tate. The Olympic judo medalist-turned MMA fighter-turned actress also dished on what Thanksgiving dinner is like at her house, the influence her mother has had on her when it comes to fighting (and armbars), and she recounts her epic movie theater brawl against men that most diehard Rousey fans are already familiar with.

KIMBO ON TV THE NEXT TWO EVENINGS

EliteXC Heavyweight Sensation Will Appear On David Blaine Special Tonight;
Then Will Be a Featured Guest On “Jimmy Kimmel Live!” On Thursday

First, however, Kimbo, will appear on a new, two-hour primetime special, David Blaine: Dive of Death tonight and will be a special guest on the nationally televised late-night talk show “Jimmy Kimmel Live!” the following night, tomorrow/Thursday, Sept. 25.

[youtube=http://www.youtube.com/watch?v=PCN_cefLSuw&eurl=http://www.frankshamrock.com/] Frank Shamrock helps Guillermo learn to fight so he can protect himself.

[youtube=http://www.youtube.com/watch?v=m31bNNNTTlw] Rampage is in rare form on Jimmy Kimmel Live last night (June 4). Rampage always gives great interviews. People love him. He’s always funny, has a great personality, and a great representative of the UFC and the Sport. I”ve never seen Rampage with his hair this long. Kimmel talks to Rampage about maybe playing … Read more