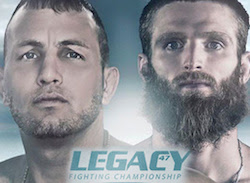 Legacy FC 47 takes place this evening from Center Stage in Atlanta, Ga. Headlining the event is a lightweight showdown between TUF 13 vet Clay Harvison (13-6) and WSOF vet Jordan Rinaldi (10-4). Harvison is currently on a four-fight winning streak and hopes to add Rinaldi to that list. Welterweights Dave Vitkay (15-12-1) and Wesley Barnes (3-1) … Read more 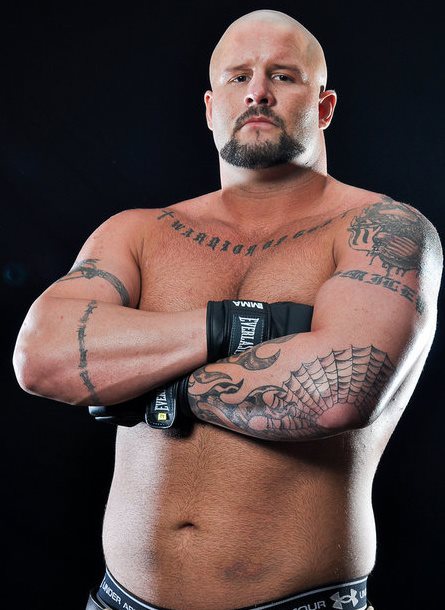 Monday morning I realized how sick I was after coughing all night. In talking with Todd Duffee, we decided it would be best for me to go back to Savannah to see my primary care doctor. I didn’t want to risk getting guys like Glover Teixeira sick before his UFC light heavyweight title shot. Bright … Read more

Hello friends, family and fans of the great MMA world! My name is Nick Smiley. For those of you who don’t know who I am, I’m a heavyweight pro from the little town of Ellabell, Georgia, a speck on the map between Savannah and Statesboro. I got my start in combat sports in 2001 through … Read more

SportFight X, the Southeast’s Ultimate Proving Ground is back with Project 9-6-1 and REDLINE VPX determined to serve notice with it’s upcoming card set for July 10 at the Georgia World Congress Center in Atlanta, Ga. The event is appropriately titled SportFight X #3 Undefeated as a record total of 18 undefeated fighters fill in … Read more

The Savannah, Ga. resident was last inside the cage against Nick Diaz at Elite XC’s “Return of the King” in June 2008. Diaz defeated Corbbrey (7-3) with a third round TKO due to strikes. Prior to the Diaz bout he was on a three-fight win streak.

Although no opponent was named, according to the report, Corbbrey’s first fight will be on Sept. 2 at “WEC 43: Cerrone vs. Henderson” in Youngstown, Ohio.

Wild Bill’s Fight Night is the longest on going fight series to ever take place in Georgia. On Friday, July 24, Wild Bill’s Fight Night will host one of the biggest fight cards to ever hit Atlanta. Joining in on the action will be MMA Superstar Wanderlei “The Axe Murderer” Silva who will be hosting a special meet and greet during the fights. Tickets can be purchased online at www.ticketmaster.com

Wild Bill’s Fight Night is the longest on-going fight series to ever take place in Georgia.  It’s a very popular and well known MMA event within the state and around the South.

UFC veteran, Junior Assuncao will be heading up the November 8th card against Kalvin Hackney.  Assuncao’s last appearance in the UFC was against Nate Diaz at Fight Night 11 where he lost by Cesar Gracie approved guillotine choke.

Prior to that, Assuncao had a victory at UFC 70 over David Lee by rear naked choke and a loss at UFC 64 by the same method to Kurt Pellegrino.

Here’s an in-depth look at the main event for UFC 88 in Atlanta which is scheduled for September 6, 2008. Chuck talks about how he matches up with Rashad. Rashad says this fight is long overdue.  PRO MMA writer, Kelvin, makes a good case at why Rashad could beat the Iceman.   We also take … Read more

In a few weeks UFC 88 will be upon us, and a interesting fight that many have forgotten about is Matt Hamill vs. Rich Franklin.  This will be Franklin’s first fight at LHW since a TKO win over Ken Shamrock in 2005.  Hamill is coming off a TKO win over Tim Boetsch in April of this year.  This is an interesting fight for a couple of reasons, so let’s take a look at how each fighter matches up going into this fight.