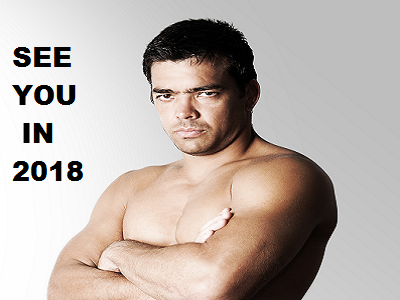 Quick recap. Lyoto Machida accepts fight with Derek Brunson at UFC Fight Night 119, enters cage, gets obliterated in the first round, and then contemplates retirement. He never officially stated it was on the table according to the rumors that were flying. He was also medically suspended which will put him out probably until the … Read more

It just wasn’t a night for the veterans. UFC 119 took place on Saturday and despite their best efforts, Lyoto Machida and Demian Maia got trounced. Check out the video highlights of Colby Covington’s name making performance against Maia.

MMAFighting reported the medical suspensions for Saturday’s UFC Fight Night 119 and for the most part they are tame. In the main event Lyoto Machida got knocked out cold by Derek Brunson in the first round resulting in a suspension that will keep him out until 2018. Marlon Vera has a six month suspension if … Read more