It might only be his first fight for BAMMA, but Jimi ‘The Poster Boy’ Manuwa has been one of the most watched fighters on the UK scene for some time.

London, England – June 20, 2011 – The British Association of Mixed Martial Arts (BAMMA), currently the largest and most prominent mixed martial arts fight promotion in the Europe, is about to get event bigger. The leading MMA promotion has big plans to increase their fan base outside of the UK by expanding into other … Read more

The British Association of MMA returns on May 21 at Wembley Arena in London. The promotion’s sixth card will feature a pair of UFC veterans, Phil Baroni and Frank Trigg.

BAMMA 5 will feature Paul “Semtex” Daly vs. Yuya Shirai in the main event and Ricco Rodriguez vs. James McSweeney in the co-main event. “Professor X” Xavier Foupa-Pokam is also on the card. 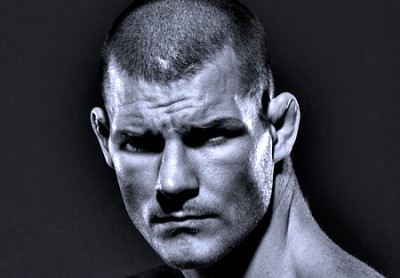 For one reason or another, Michael Bisping has long been a lighting rod for criticism and trash talk. In a new interview “The Count” fires off retaliatory shots in the direction of some of his recent critics.