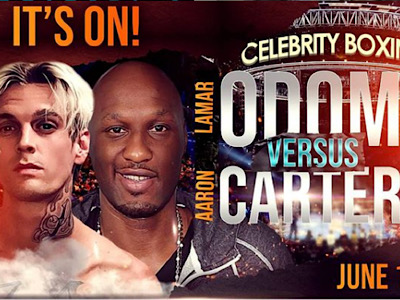 It’s another freak show boxing match between two non-mixed martial artists but somehow the world of MMA got sucked into it.

On June 12, former UFC light heavyweight champion Chuck Liddell will be the referee for 6‘7“ former NBA player Lamar Odom versus 6‘1“ singer/rapper Aaron Carter. It is billed as “celebrity boxing“ and no one knows what to expect from the two of them. Chuck doesn’t seem to care and he genuinely seems excited about being the third man in the ring. He spoke with TMZ Sports.