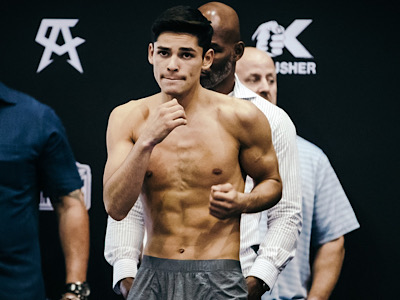 20-0 super featherweight and lightweight boxer Ryan Garcia is a rising star. Ryan recently appeared in several videos with UFC heavy stand out Francis Ngannou that became popular on social media. Now would be the time for Garcia to get a big-name fight to keep this momentum going.

The person he called out is 24-0 multidivisional champion Gervonta Davis. I’m not sure how much Davis responds to taunting but Ryan must be trying hard to see. He told TMZ Sports that he wanted to face Gervonta more specifically he told him, “Don’t run from me“.

What do you think of his call out? Is Davis more than Garcia can handle?