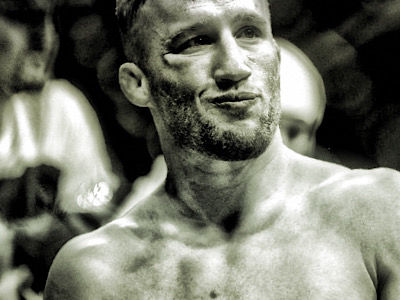 Back in May at UFC 249 we finally saw how good Justin Gaethje really is.

Lightweight champion Khabib Nurmagomedov and Tony Ferguson were finally going to do battle after the previous attempts to make the bout happen fell apart for various reasons. Ferguson received a new opponent and it was one that had a lot of question marks beside his name in Justin Gaethje.

Justin was on a three fight win streak at the time but admittedly the victories were over a past his prime Cowboy Cerrone, Edson Barboza who was and still is in a decline, and James Vick who had no real high profile wins. Ferguson on the other hand was on an astonishing 12 fight win streak so no one including myself thought Justin could get the job done and we would all finally get the Khabib versus Tony matchup we’ve been waiting for. Boy were we wrong. Gaethje finished Ferguson in the fifth round to capture the interim lightweight championship.

At UFC 254 on October 24th we will find out if Gaethje is the man to finally give Nurmagomedov his first loss. Until then, watch the moment Justin proved his worth by defeating Tony.