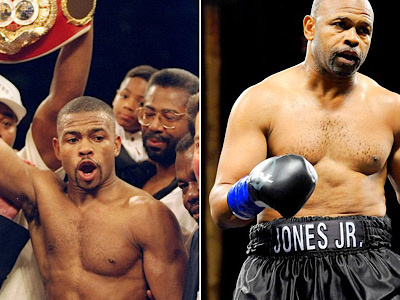 It’s still hard to believe that on September 12 we get to see two of the greatest boxers to ever step into a ring face off.

Former multi division champion Roy Jones Junior is going to be facing the former undisputed heavyweight champion Mike Tyson in an eight round exhibition match. Both men are in their 50s but still look like they could beat half of the boxers in their division today. According to Mike this is the pilot fight for a legends league that may or may not actually get off the ground. Regardless of what comes next this fight has certainly got the world talking. Including both fighters.

Roy by all appearances is very confident going into this exhibition fight with Mike. This is apparently a fight he wanted before Mike retired but it never materialized for one reason or another.

Roy has been asked several times if the blueprint for beating Mike Tyson is out there but each time he has said no. Roy admits that he is aware of the body size difference and the possible drawbacks it may present. One of his main concerns is the opportunities he will have to use his jab, a tool that served him well while he was on top.

Most people don’t know this but Roy is actually 1/2 to a full inch taller than Tyson is. Jones has a 3 inch reach advantage, too. Anyone discounting Roy‘s chances might be in for surprise.