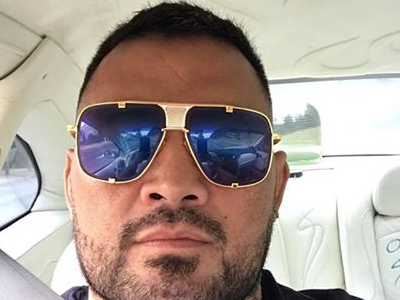 MMA legend Mark Hunt is 46 and is preparing for six more fights in the sport. That’s Randy Couture age and getting a little too close to 50 years old for most fighter’s taste. You would think someone with that much time left fighting would play it safe and sail smoothly in to the twilight of their career. Like Charlie Murphy said about Rick James one time – wrong!

This is Mark Hunt, man.

Mark had legal issues with the UFC revolving around his UFC 200 loss with Brock Lesnar and the whole ordeal was apparently expensive. For Mark the debacle revolves around one man, and one man only. Here’s what Hunt said about UFC President Dana White (via MMAJunkie)…

At the end of the day, he’s just a grub…He’s a thieving little grub. That’s all he is. A lot of the fighters are scared to speak up about it. You’re actually fighters not just in the Octagon, but everywhere. To get guys like this to come around to kiss-ass these – guys like Dana White, it’s a joke. He’s just a joke. He’s an idiot.

Dang brah. That was freaking savage.