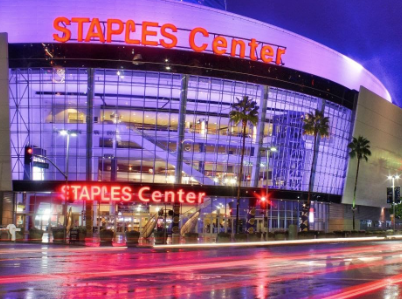 Tony Ferguson was due to go head-to-head with Russian Khabib Nurmagomedov at UFC 249 next weekend at the Barclays Center in Brooklyn. However, ‘The Eagle’ has had to pull out of the fight due to the worldwide Coronavirus pandemic – which has left him in lockdown in his native land – whilst the venue was also scrapped due to the virus. This meant that the much anticipated bout between the pair has now been cancelled on a whopping five occasions.

But, the show must go on and American Justin Gaethje – who has an impressive 18 knockouts in 21 professional victories – has stepped in to take on ‘El Cucuy’ – who is the favourite, if you’re looking for UFC odds. With no location confirmed for the bout, let’s take a look at four potential venues.

According to American sports network ESPN, the fight will be held on the West Coast of the United States. That leads us to the Los Angeles STAPLES Center. Located in downtown LA, the multi-purpose arena was built in 1999, and has held a couple of UFC events in the past – the most recent of which was UFC 227 in 2018. The venue has also hosted several big boxing bouts as well – including the first Deontay Wilder vs Tyson Fury fight. Whilst the STAPLES Center – also the home of the LA Lakers – can accommodate up to 20,000, it’s increasingly likely that the event will be held behind closed doors, with only the required personal inside.

Sticking to the West Coast, the fight could also be hosted at the Golden 1 Center in Sacramento – the capital of California. The 17,608-seater arena is located in downtown Sacramento and is the home of the Golden State Warriors. The Golden 1 Center has also hosted several UFC events in the past, with the most recent being headlined by UFC Women’s Featherweight Champion Germaine de Randamie and Aspen Ladd in July last year – with the former retaining her belt via knockout.

The UFC Performance Institute in Shanghai is probably the most logical venue for the event. The facility was officially opened in June last year and is the world’s largest MMA training centre. It’s three times the size of its pre-successor in Las Vegas, at 93,000 square feet. The state-of-the art institute has everything both fighters would need, including a gym, multiple saunas and a swimming pool, meaning they could easily isolate within the venue. Aside from this, it’s also reported that China have now beaten the virus, and are preparing to resume normal life – meaning the risk for the fighters health would be minimal.

Dana White, who is the President of the UFC, has hinted that the fight will take place on a private island – which he is ‘close to securing.’ It’s also suggested that other up-and-coming fights will also take place at the undisclosed island. Although we don’t know much more about the location, here’s what White told popular US site TMZ: “I am a day or two away from securing a private island.

“’I have a private island that I’ve secured; we’re getting the infrastructure put in now, so I’m gonna start doing the international fights, too.

–Wherever the fight takes place it’s sure to be a good one with two BMF’s going head-to-head, and if you’re looking for to place a bet, be sure to read up on betting previews for the UFC main events!