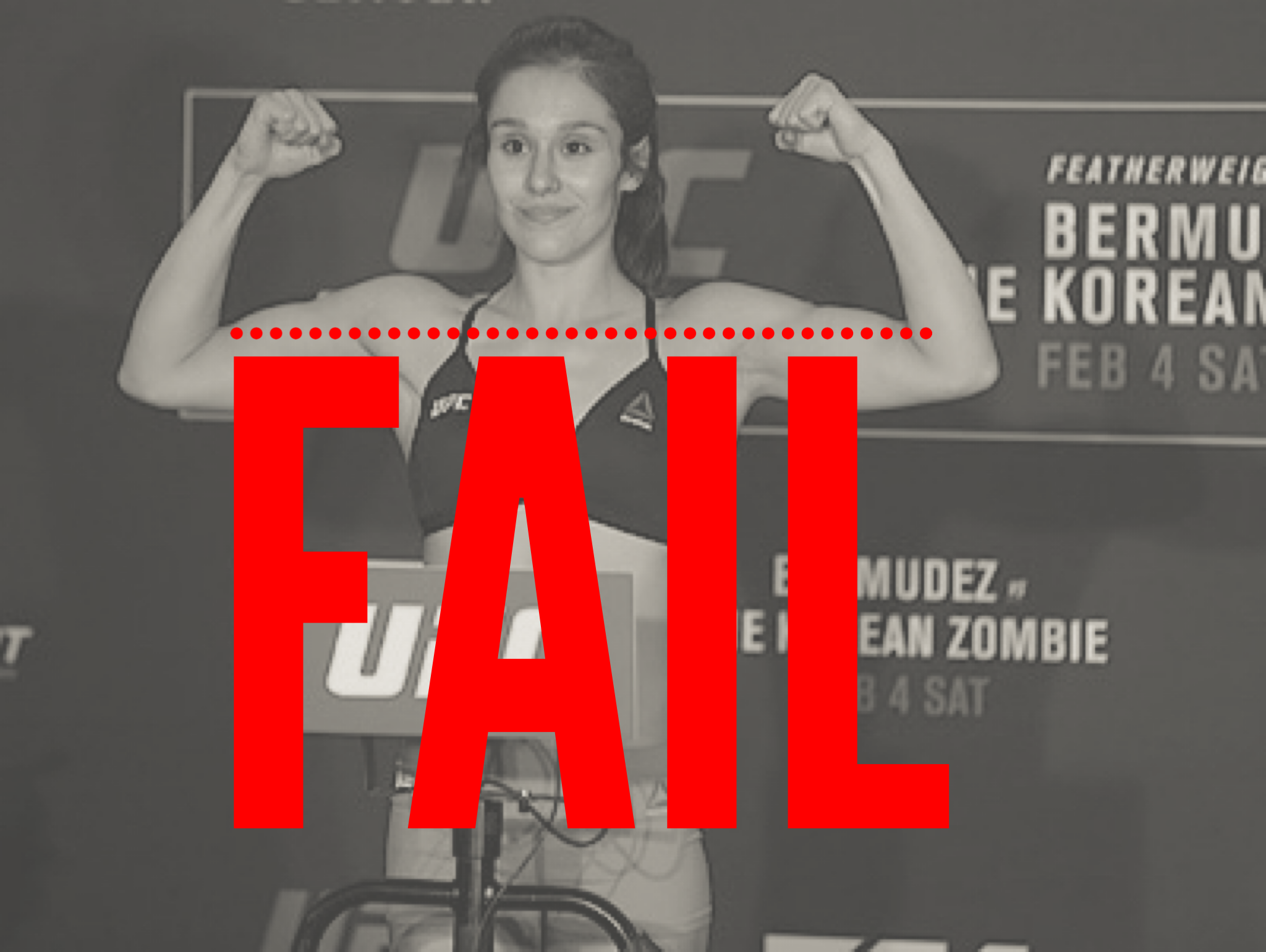 For the people like us who were looking forward to the Alexa Grasso vs Claudia Gadelha bout we just got hosed.

Alexa Grasso stepped on the scales today was expected to hit the 115 pound strawweight limit. Not so much. She tipped the scales at 121.5 which is beyond the 3 pound allowance over 115 for the fight to be green lit. This means that Claudia Gadelha is yet another fighter who went through the grueling dieting, extra hours of training, and everything else requiring some kind of disciplined sacrifices only to be screwed over in the end by an opponent’s carelessness. Yes I know that was a long sentence but I wanted to get my point across.

Luckily with a main event featuring Conor McGregor it won’t be much of a hit for the main card. For 31 year old Claudia it means much more. She is in her prime and as a fighter this is an incredibly important time and the best opportunity for them to make the biggest runs in their career. It could be months until she gets another opponent or weeks.

The point is that three months at this stage in Claudia’s life is important and valuable time lost. This was a chance for Gadelha to shine on a card most fighters would kill to be on. Landing a spot on a Conor McGrevor is a red undergarment night. We changed it to be more PC.

Here’s the moment when it all went south for Grasso.

Our money is that it will see her get released.