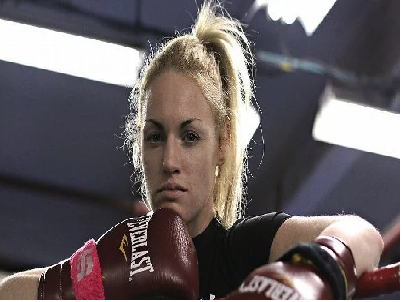 Sometimes social media exposes who we really are. It is a case study in mob mentality especially when someone else fails publicly. In most cases they are trying to exorcise the demons of their own uninteresting lives and shortcomings. It still doesn’t excuse what it can do to their targets and it definitely doesn’t excuse the aggressive posts themselves.

The latest victim of the scum of the social media earth is undefeated professional boxing multi title holder and Bellator athlete Heather Hardy. Not only is Heather one hell of a boxer but she is 2-2 in MMA. Why is that awesome you may ask? She is one of the few top level boxers with the courage to make the jump. We’re looking at you Mayweather. Fight Conor McGregor in the UFC already!!

This past Friday she lost a catchweight bout with Taylor Turner via 1st round TKO at Bellator 222. Naturally she was immediately the target of neck bearded, sitting at home, covered in Cheetoh dust, keyboard karate warriors click clacking away on social media. I am aware that was hypocritical but it was for a reason. It stings when you are targeted and if you were offended I made my point.

Even a win sometimes doesn’t stop them from discrediting the hard work of an MMA fighter to get in fight shape and get inside of a cage. This doesn’t even take in to account the extras they have to endure on fight week. It’s chaotic to say the least.

Heather opened up on Twitter about the absolutely horrendous treatment she received from troll users.

The hardest part of that loss, is knowing that there were so many people out there who enjoyed watching me lose. I see you all, with your negative, hateful comments. I don’t respond, but they sit with me. I’m just a regular mom trying my best. I’m just doing the best I can for Annie.

She has received death threats in the past. Transparency here that I have too for supporting Tito Ortiz after he got his revenge on rival Chuck Liddell. As I said before – social media brings out the worst of humanity at times.

You can criticize someone all you want. It’s your right but for God’s sake have some class when you do it. It’s easy to just blurt out insults but it’s hard to express yourself intelligently on Twitter I guess. We support MMA fans and fighters but not their actions when they are classless.