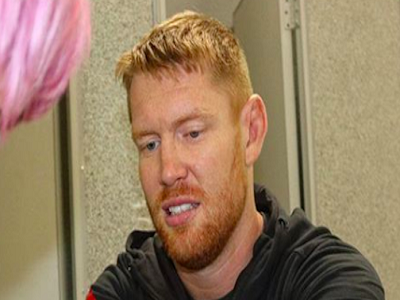 Sam Alvey lost to legend Antonio Rogerio Nogueira via TKO early in the second round at this weekend’s UFC Sao Paulo event. He calls himself “Smilin Sam” and proved it on Instagram with a picture that included his son accompanying this post…

Ladies and gentlemen, Smilin’ Sam here, coming after an un-victorious night. Just want to let everyone know, I thank you so much for all the support, and for those of you that are hating on me, rot in hell.”

It was fun here in Brazil, and I’m sorry I’m leaving a loser, but next I’m in the cage — maybe Milwaukee, I’m pushing for it. I’d love to fight in my hometown. But anyway, than you again guys. I’m feeling alright. I’m going to go to a Brazilian steakhouse before I get on the plane, then I’ll be back to the States to train, get better, and I’m never going to lose again. You watch it happen — or watch it not happen?

Alvey has quietly remained a UFC mainstay since 2014 having competed in the UFC an amazing 16 times with a record of 10-6. Not bad Mr. Alvey.