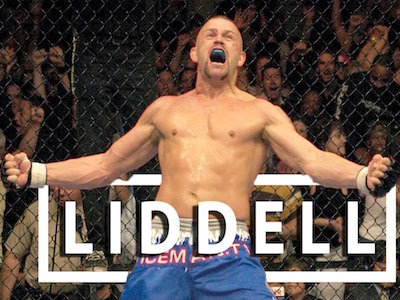 Forty-eight-year-old Chuck Liddell went on The MMA Hour this week to talk about his coming out of retirement. The Iceman’s neck looked totally jacked, as did his biceps, and one might speculate that TRT has been helping Liddell push back Father Time. And that’s certainly okay as he nears the half century mark. But my man talking about a couple of warm-up fights and then a shot at Jon Jones is barking up the wrong tree. Another fight with Tito Ortiz? Sure, why not. Chael Sonnen? Sounds fun. But Jon Jones? Come on now. Jones, the undisputed 205-pound GOAT, seemed to find it quite amusing as well.

Old Chuck has been calling me out for years! I get it, I hold pretty much every record in the division. I normally try to respect my elders but if you want it come get it. Id literally fly you out to Albuquerque this weekend.

In all seriousness @ChuckLiddell I appreciate your offer for a fight, but due to scheduling conflicts may not be able to fulfill till mid 2019 .
In the Upcoming months I have similarly lethal opponents in Ric Flair and George Foreman awaiting .

It’s one thing to be confident. But Liddell hasn’t won a fight since he won a decision over Wanderlei Silva in 2007 and he hasn’t even been in the cage since 2010. Let’s chalk this one up to the legend Liddell’s warrior mentality which we can all certainly respect.