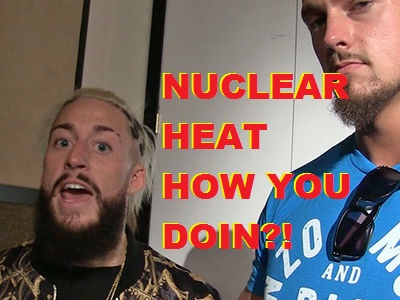 WWE officials were not aware of the rape allegations against Enzo Amore until Monday. PWInsider reported that until the media contacted them for comment they were oblivious. Enzo and his Zo Train were slated to face the returning Dudleys in the third hour forcing WWE to scramble for something to fill the time.

They approached him backstage and even though Enzo adamantly denied the validity of the accusations he admitted that he knew of the investigation way back in October. The rape was reported to have occurred at the Clarendon Hotel & Spa on October 19th and police were made aware when they visited the accuser in the hospital a few days after the alleged crime took place.

WWE suspended Enzo immediately on Monday and quickly sent him away from the Barclays Center. They were reportedly furious that he did not make them aware until now because it made them look bad with the press. He was the current 205 Live champ and they found out on the biggest RAW of the year in their 25th anniversary show.

Enzo had nuclear heat with the wrestlers in the back over behavior and his antics with management are well known. This was the ‘last straw’ according to one of PWInsider’s sources so Amore was released. Daniel Bryan stated that the title picture would now be discussed on WWE TV next week.