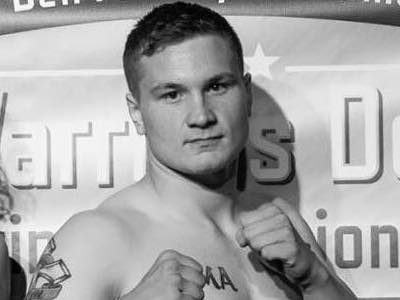 James Conway will welcome North Carolina welterweight Nick Martino to Middle Tennessee when the two square-off in the Angel Fights “Rising Stars” main event Friday, Dec. 15 in Clarksville. After a decorated amateur career James will be making his pro MMA debut against a fighter who’s already had a handful of bouts as a professional. We caught up with James to get his thoughts on the matchup, find out more about his background and what a main event win at Angel Fights would mean to him.

Hi James, thanks for talking with us at Pro MMA Now. How is training going for your upcoming pro debut which will in fact be the main event?

Training for this fight has been my best so far, I feel ready and confident.

What are your thoughts on your opponent Nick Martino and how do you see the fight playing out?

I feel Nick is a good fighter. He’s solid and good everywhere in his game but I am too. I think this fight will be good for us both.

Angel Fight Promotions is now considered a feeder league for M-1 Global. What would a win on Dec. 15 mean for you and your career?

A win over Nick would be huge. I’m making my debut against a guy who has already fought pro four times and if I win it would put me at another level, not starting out fighting guys who lose more than win.

Why was this the right time to make your pro debut?

I’ve been trying and fighting amateur for almost 6 years. I’m coming off a pretty big win against a good fighter and I’m hungry to make it to the top. I don’t wanna continue fighting amateur when I know I’m ready for pros.

Where do you train and who are your coaches?

I train at the Warriors Den in Dickson, Tenn. Jose Rodriguez, Gabor Racz and Jason Blackford are my trainers and all of them were great pro fighters with a lot of knowledge. I have no doubt I could take it to the top level with them.

What got you started in MMA and do you have a sports background?

I’ve always wanted to do some type of combat sport. I’ve been wanting to be a fighter for as long as I remember. I actually got started from the movie Never Back Down. I watched it, found a gym and here we are.

Any extra nerves about being in the main event?

I’m not really feeling a certain way about being main event. I’ve been main event several times and even though this is pro I don’t feel like it’s gonna be much different, so I don’t think that’s gonna have any effect on my nerves.

What is life for you outside the cage?

I’m a full time dad and husband. I work 50 hours plus at FedEx. Outside the gym and cage I’m just the normal working man and family man. 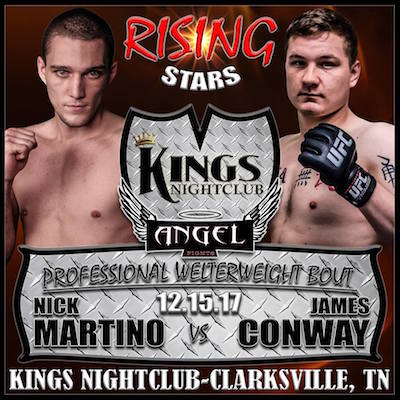