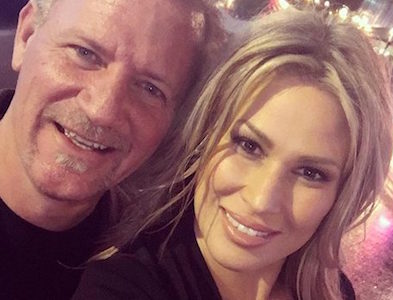 According to the Wrestling Observer Newsletter, Karen Jarrett approached Braun Strowman while he was at a bar. It is highly likely according to sources that Braun had no idea at all who she was.

Karen told Strowman that her son loved his character and, annoyed that he was bothered, said something harsh to her. Then, she loses her mind and makes a giant scene trying to embarrass him in front of the crowd.

She finished it off that she was going to tell on him to her ex-husband who happens to be Kurt Angle. Strowman apologized and begged her not to like an elementary school kid begging another not to tell the teacher.

Angle is the current RAW general manager and has pull in WWE right now, but contrary to his entitled ex-wife’s rant it is not enough to stop his current rampage.

She then told him publicly that the only reason he apologized was because he found out Kurt Angle was her son’s father. He then said you’re right and apologized again.