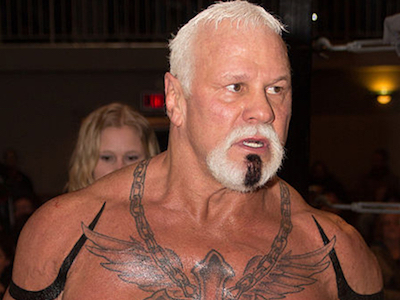 Scott Steiner was always known for being hard hitting in the ring, but he rarely injured anyone. He was athletic, gifted, and fast as any big man could be. Since he has gotten older he finds it harder to walk due to an injury that will stay with him for the rest of his life.

It has seen him botch the simplest of moves like jumping off the apron to hit an opponent just a few feet away only to fall short, hitting the mat. In this video of a recent independent wrestling promotion event we see the danger of when a wrestler continues to perform past their prime.

On what looked like a back suplex of some kind where he is supposed to let the other wrestler fly over his head and land on his back he slams the guy head first in to the mat and breaks his neck. You have been warned because this is hard to watch. There is an interview with the opponent in the hospital after the footage.