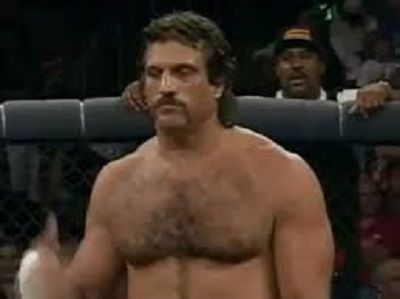 I remember the name Bart Vale from back when MMA was in its infancy. He was the American shoot fighting champion that decimated Ken Shamrock and all comers overseas like a hurricane through a trailer park in the South. He came back from his big win and managed to land magazine covers, put out instructional video tapes, and was heralded as a true bad ass. One problem…it was all based on exaggerations and lies.

The martial arts communities have a history of supporting and in some cases becoming mystical BS frauds. George Dillman, Sin The, Tom Cameron, Empty Force fighting, and the list goes on. All it takes is one incredible kung fu movie viewing as a child and you want so bad to live in that world of chi, flying and theatrical awesomeness. The laws of physics shut those down, but hey – who cares it’s awesome! Enter MMA and the massive number of fraudulent claims of instructors going something crazy like 80-0 before these fights were recorded, filmed, or held outside of the previously unknown secret underground events.

When “legend” Bart Vale came back from Japan he became a popular figure by using some of the same techniques these shams did to sell merchandise and teach comic book readers mail order video classes that would get people beaten up in the cage. He had competed in an organization in Japan called Pro Wrestling Fujiwara Gumi. This organization was one of the first to adopt a realistic style of sports entertainment that simulated shoot fighting. It was like a scripted Pancrase style fight with a predetermined winner. Something Vale forgot to mention when he came back home.

The internet wasn’t the debunking tool it was today and people like Vale could make these claims without much fact checking. Hell, you could buy a belt back then and show it to someone with a story of a Russian tournament of 128 fighters that you won by knockout in the first round of every match and as long as you had the belt they would believe you. Frank Dux bought a trophy, fought in a tournament where they used a radar gun, and got a movie out of those claims. In this case, Vale brought back his scripted accomplishments and presented them as real which was dishonest, misleading, and downright evil.

Check out the “victory” he had over UFC champion Ken Shamrock in the sports entertainment organization of Fujiwara Gumi.

This was his biggest claim when he returned home. Magazines were picking up on his story and running with it mainly due to the fact that America loves martial arts heroes. We love a good story and Vale had quite a few backed up with his heavily edited footage of pre-arranged wrestling bouts. To the general public who only consumed boxing in the pre-UFC years there was no way they could tell if this was real or not. There was one problem though. Bart Vale couldn’t fight for real. Let’s look at what happened when he tried to compete in real bouts shall we?

He managed to win one fight against a much smaller opponent, but you get the drift here. Bart Vale was about as tough as Olaf Alonso and half as smart. He sucked. To back that up, he was 1-2 in MMA and 0-2 in kickboxing. When you hear this next part after reading that your head will probably explode.

Black Belt magazine ranked Vale as one of the top-10 MMA fighters in the world in the mid 1990’s. On the cover of that edition he was squared off against Renzo Gracie as if he could hold his jock strap let alone survive five minutes with the Brazilian. Then….in 2006, yes you heard me correctly – 2006, Vale was inducted in to the Black Belt Magazine hall of fame and touted as the 2006 full contact fighter of the year. Bart and his mullet had not competed in any real fighting since the year 2000 so the title baffled almost every educated reader.

Bart even has a YouTube channel where he tells stories and teaches his “winning” techniques.

In closing, Bart Vale and his mullet were able to dupe the public in to believing he was a true fighter. The pinnacle for Vale was his appearance on MTV Sports shortly before the UFC was formed.