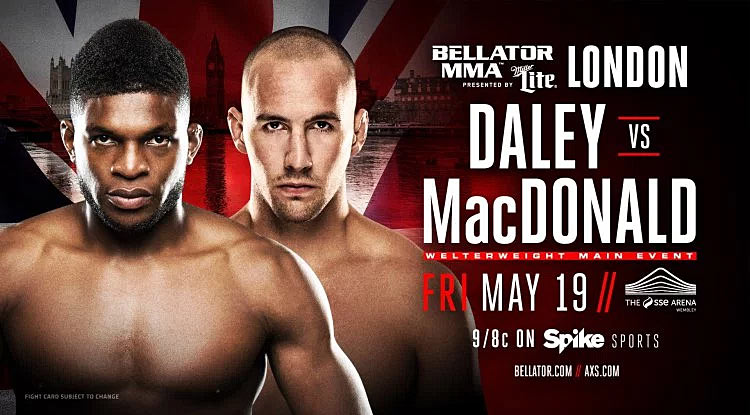 Former UFC welterweight contender Rory MacDonald made his Bellator debut today in England. The 27-year-old Canadian faced-off with knockout specialist Paul “Semtex” Daley in the Bellator 179 main event from SSE Arena in London. MacDonald took the fight to where he had the biggest advantage, on the ground. He took Daley down, worked the ground and pound, and controlled from top to take the first round. And in round 2, MacDonald put Daley on the ground once again, took his back and got the rear-naked choke finish at the 1:45 mark. Cheick Kongo and Linton Vassell also picked up wins, as well as “Baby Slice”.