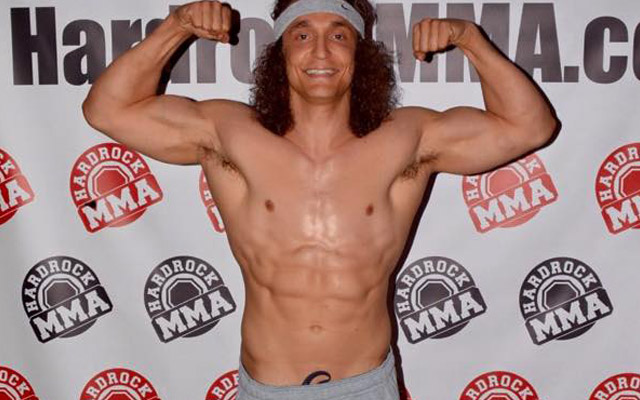 Before Ben Sergent tries to improve to 7-0 with his sixth finish for Valor Fights at Border Wars on May 6 in Corbin, Kentucky, LIVE on FloCombat, the undefeated prospect sat down with ProMMAnow.

My older brother, who’s two years older than me, started boxing when he was around 13 or 14 years old. He took me out to the front yard, saying he was going to teach me how to box, and he ended up knocking me out. I come from a very athletic and very headstrong family; we’re very competitive. I jumped right into that right away, wanting to beat my brother. But it grew into something more. I randomly saw Vitor Belfort fight in the UFC, which caught my eye and attention. I was set from there, you know?

Honestly, a lot of mixed martial artists don’t realize it and understand, but you don’t pick the sport, the sport picks you. I can’t tell you why, when, how or what, but I can tell you that it chose me. That’s the most logical answer I can give you — it chose me. It’s kind of a curse and a blessing at the same time. I have something that I’m passionate about and that I love, but it’s a curse because I don’t like the feeling. I don’t like the nerves or anything like that. I get a lot of relief when I’m done fighting. That’s why I go for finishes; I try to end it as soon as possible, to get that relief.

What’s been the biggest reason for your success?

I come from a very athletic family. But I don’t win because I’m an athlete; I win because I’m a hard-working athlete. I put that into perspective when I fight. I fight based on strategy — I’m a very strategic person — and I’m smart, and the No. 1 quote I live by is, “I don’t fight to win, I fight to finish.” If you’ve seen any of my 18 fights, you’ll see only two that weren’t finishes.

How excited are you for this next fight with Steven Bell?

I don’t know, man. I’ve got some nerves that are kicking me in my butt to really get going. But I feel great, honestly. I feel more alive than I have in the last two-and-a-half years because I haven’t fought in that time. I feel excellent. But then again, the nerves are there. It’s a love-hate relationship.

With a win, do you see the UFC as your next employer?

Absolutely not. I have a long way to go if I were to ever fight in the UFC. The fans of the sport are very uneducated and they don’t understand. Every time someone gets a win, even if you’re an amateur or at the lowest level, they think the next step is a UFC title shot. But it takes way too much work, way too much effort, way too much sacrifice to get in the UFC. Am I close? Maybe. But I have so much work to do before that. I’m not focused even on what happens the day after my fight. I’m going to go in there and I’m going to finish, or I’m going to die trying.