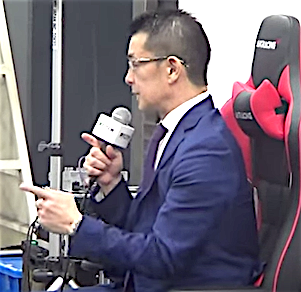 The World’s Most Dangerous MMA reporter Dan “The Wolfman” Theodore was back in Japan for Pro MMA Now covering RIZIN FF 5 – SAKURA this past weekend. Check out these exclusive videos that include highlights from the post-fight press conference as we hear from several of the RIZIN 5 winners including headliner Tatsuya Kawajiri, Rena Kubota, Kyoji Horiguchi, Yusuke Yachi, Amir Aliakbari, King Reina, as well as RIZIN president Nobuyuki Sakakibara.

RIZIN 5 was a great night of action with some brutal stoppages. Hopefully you watched it live right here on Pro MMA Now. Standout performances came from Amir Aliakbari and his knockout of Geronimo dos Santos, Rena Kubota’s knockout of Dora Perjes, Reina Miura’s submission of Jazzy Gabert and Yusuke Yachi’s devastating knockout of Daron Cruickshank, among others.

Full results and video highlights from RIZIN 5 can be seen here.

Olympic judoka Satoshi Ishii’s unanimous decision win over longtime veteran Heath Herring was not much of a surprise, but “Wolfman” had one point to make about the fight:

“Ishii has been training not only Holland/Dutch Kickboxing but Catch Wrestling as well and was hip chopping/Spiral Riding and looked for Hammer Lock multiple times…..something most would miss.”

Be sure to check out all of Wolfman’s training videos and more from RIZIN and other interviews on his Youtube page. Thanks for stopping by!