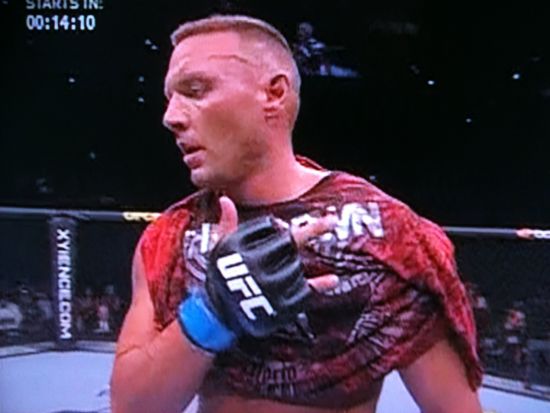 Lamborghinis, Yeezys and success quotes. These are some of the things you may see when scrolling Tai Lopez’s Twitter feed. And if you go on Youtube regularly, no doubt you’ve seen the ads of him showing off his Beverly Hills mansion and car collection. We had noticed former UFC heavyweight “Big Sexy” Sean McCorkle calling out the success guru on Twitter, saying he owed him money so Pro MMA Now caught up with McCorkle to find out what was going on.

Can you give us a statement on this Tai Lopez thing? I saw where he made you a public bet that his cars and house weren’t leased. Can you tell us what’s going on there?

Basically I asked him on Twitter, why if he’s so rich and successful, is everything in his videos rented. I knew he didn’t own that house, and nobody buys a Lamborghini a week. So he responded back with “How about $100,000 cash bet that none of my cars or the house were ever rented?” So then I show him a link where the house he claims is his, is showing up for short term rental. Now he owes me $100k and I intend to collect it. That’s why I went to “his” house in Beverly Hills last week.

That’s hilarious. You think he’s a fraud or a marketing genius?

Both. He’s selling other people’s advice, and packaging it as his own. So he’s not really offering anything of value, but he ropes in the dummies with the house and cars he doesn’t even own.

Hey, @tailopez, I stopped by “your” house today, to collect my $100k, and nobody would answer the door. So I went around back and let myself in. You really should keep that back gate locked, in my opinion. Especially when you owe someone that much money.

McCorkle continues to call Lopez out on social media but so far there’s been no response. And McCorkle’s link that allegedly shows where the house is a rental has also gotten no response from Lopez and it seems like he has gone silent on the whole thing. McCorkle says he’s already been to the house looking for Lopez and no one was home, but a bet is a bet and it looks like “Big Sexy” wants his money.

Here’s a quote for you… Don’t write checks with your mouth your ass can’t cash. Especially with a heavyweight MMA fighter.