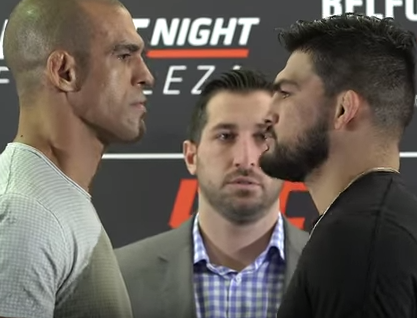 Here’s the full Fight Night Fortaleza lineup and then the faceoffs.