Alexi Argyriou: ‘I Have An Amazing Team Behind Me’ 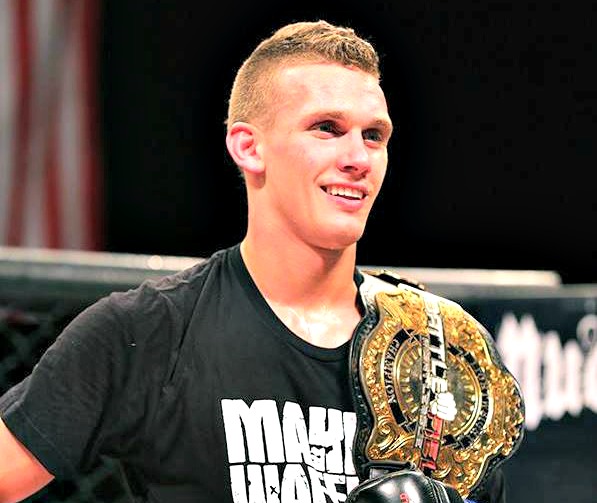 Before Canada’s top lightweight prospect “Sexy” Alexi Argyriou tries to improve to 6-0 against Hamilton Ash at Hard Knocks 54 in Calgary, Alta., Canada on March 17, LIVE on The Fight Network in Canada, the ZUMA product spoke with ProMMANow.

Are you Canada’s top prospect?

I would say, absolutely. Just based on my record, alone.

I got here by starting to train young and being consistent. I think that’s the only secret to this game: consistently training. And of course I have an amazing team behind me, which makes everything possible.

Do you feel pressured to live up to new expectations after being labelled Canada’s top young prospect?

Absolutely. That’s a good one. My last fight was a real fight, but I still dominated him. Then people didn’t think much of it because I didn’t kill a guy in the first round. Although I controlled the whole fight against a tough guy. So it’s not only the pressure to win, now but the pressure to put on a good performance.

How excited are you for this fight?

I’m stoked. It’s a fight I’ve wanted. I’ve wanted a bigger name guy and this guy’s fought in Bellator. He’s super dangerous and I think it’s a good fight for me to have a strong performance and keep that hype train going.

Does an impressive win put you in the UFC?

I think it could potentially do that. After this win, I could get that shot as a late replacement. 6-0 is pretty good, but I think I bring more to the table than a lot of the other Canadians based on my marketability and stuff like that.