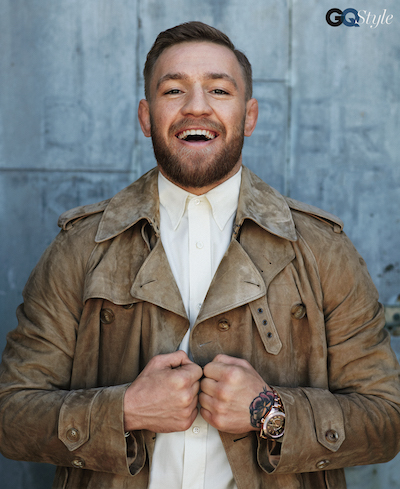 Conor McGregor is a man used to getting his way. His law of attraction mindset where he uses visualization and the power of speech to achieve his goals is one of his trademarks. And it seems the UFC featherweight champ has his heart and mind set on this Floyd Mayweather boxing match and will stop at nothing to get it. Not only that, but Conor wants to become the “highest paid fighter” and the “highest earning athlete” as well.

I came up under Lorenzo Fertitta and the Fertitta regime. Nobody in the history of the fight game has come up as fast and as young as I have. I now, at 28 years of age, have my eyes firmly set on the ‘highest paid fighter’ and ‘highest earning athlete’ accolades. Understand and respect what you are witnessing here. Because not one of you can do nothing to stop it.

Conor has seemingly achieved everything he’s dreamed of and more so far. So if anyone can do it, it’s the King of Dublin. Surrounding himself with successful people seems to be one of Conor’s keys to the kingdom. Insert billionaire and ex-UFC owner Lorenzo Fertitta. 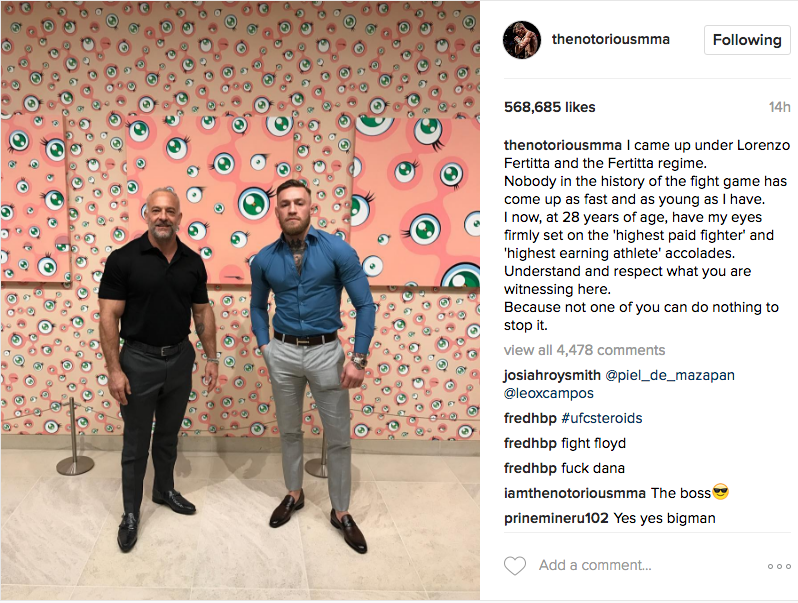 Check out this highlight video where Conor, over the years, has repeatedly talked about his law of attraction mindset.