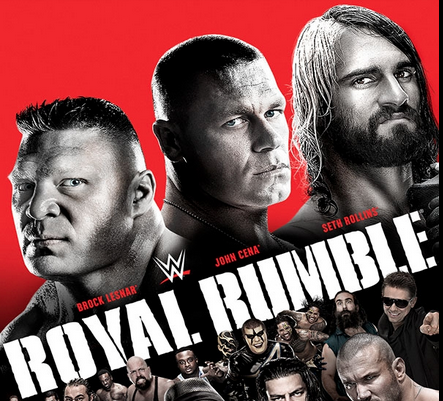 If you watched the 2017 Royal Rumble last night then you saw John Cena break Ric Flair’s  15 time world champion record by defeating the guy who carried Smackdown in AJ Styles. Cena will face the Royal Rumble winner Randy Orton in a Wrestlemania main event no one asked for. It will be the billionth time they face each other  and unfortunately it will headline or co-headline the biggest wrestling event of the year.  Lesnar made an impact in the Rumble and then got owned by Goldberg before the Undertaker came in and smashed his dreams.

Here are the highlights from last nights event.