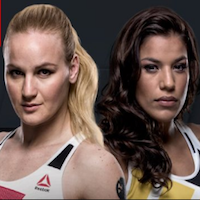 In the welterweight co-headliner Donald “Cowboy” Cerrone battles Jorge Masvidal, and a heavyweight showdown between former champ Andrei Arlovski and Francis Ngannou is also on the bill. UFC’s Road to the Octagon takes us inside the MMA training camps of each fighter as they prepare for January 28.