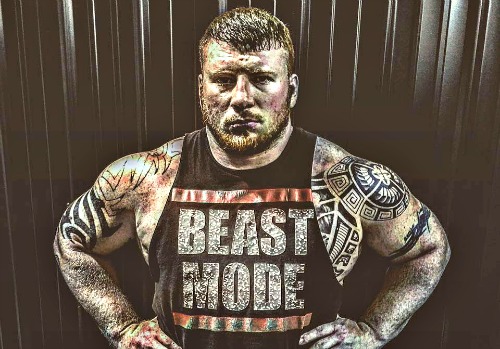 Before Justin Goodin takes on Billy Swanson for the Apex Fights Heavyweight Championship in the main event of Apex Fights 13 in Soddy-Daisy, Tenn., on January 21, the hard-hitting heavyweight sat down with Pro MMA Now.

I just started back when I was 16. It came around where I lived in Kentucky, Warrior FC and Jimbo Collins. I had my first fight at 16. Back then it was unsanctioned and anything goes. That’s how I came up in my first seven fights, right when I was young.

Why MMA — some people go their whole life without getting in a fight?

I’ve always been a very competitive person. When I was young, being the littlest of the group — with older brothers — you always had to fight for what you got. That’s the way I’ve always looked at it. If I’m going to get it, I’ve got to go out and fight for it.

How are you feeling going into your upcoming fight at Apex Fights 13?

People say this all the time, but right now at this point in time, this is the best I’ve ever felt going into a fight. My training is on point, everything is going good. This fight couldn’t happen at a better time for me. I feel like it’s going to be a good fight, for sure.

Is this going to be the Fight of the Night?

I’m leaving that up to the crowd and promotion. Like I said, I’m not here to please anybody. I’m just here to fight. That’s what I’m going to do, and that’s what I’ve always done. I’m a fighter and Billy Swanson is going to get every bit of it.