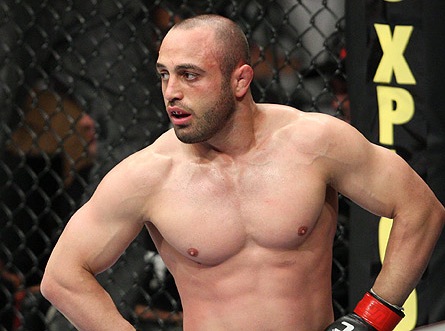 Following a second round TKO loss to Johnny Eduardo at UFC Fight Night 100 in Sao Paulo on Saturday, Manny “The Anvil” Gamburyan (15-10, 1 NC) announced his retirement. The 35-year-old Armenian judo blackbelt has been entertaining MMA fans since 1999 and made his UFC debut in 2007 as a cast member of The Ultimate Fighter season 5 lightweight tournament. He lost in the finals to Nate Diaz. He later made the move to the WEC as a featherweight and challenged Jose Aldo for the belt but came up short. Manny returned to the UFC in 2011 when they added the featherweight division. He went 2-3, 1 NC at 145-pounds in the Octagon. He then moved to bantamweight where he went 2-2 before retiring. Manny ends his pro MMA career with 7 of his 15 wins coming by way of submission, and 2 via knockout.

Here’s a 2012 interview we did with Manny following his unanimous decision win over Michihiro Omigawa at UFC on Fox 4.

Thanks for the memories Manny!