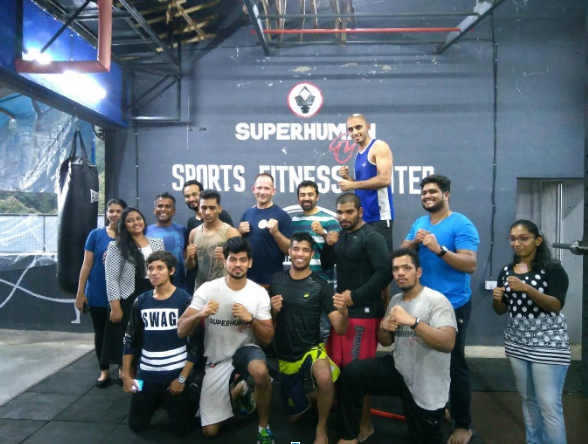 MMA in India is at its very inception. People don’t know what MMA is and what exactly are its fundamentals. To get a clear idea about the basics of MMA and what exactly is the sport, India’s leading MMA gym, Superhuman Gym conducted a workshop on BJJ and MMA. The main objective of this seminar was to bring various athletes from different combat sports background to try their hands on the basics of MMA so that they can get a clear view about the sport. This workshop was conducted by Micha van der Meer.

Micha van der Meer is a Hollander BJJ coach and holds a purple belt in Gracie Jiu Jitsu. Micha has also worked and trained with some of the best MMA fighters like heavyweight legend Fedor Emelianenko. Micha was also offered a contract to fight in the UFC back in 2006 but he refused so that he can continue his job as a coach. He was thoroughly delighted to be a part of this program and help in the development of Indian MMA by sharing his knowledge. The seminar was held in two different parts with the first being about BJJ and the second focusing on MMA and striking.

The seminar was greeted with great enthusiasm by both the participants as well as Micha. It covered the basics of striking and ground game; this was done so that people who have a striking background learn about the art of Jiu Jitsu and submissions, whereas people who excel as wrestlers can learn how to strike and get the hang of important points to remember while standing. He even answered my own questions/doubts. 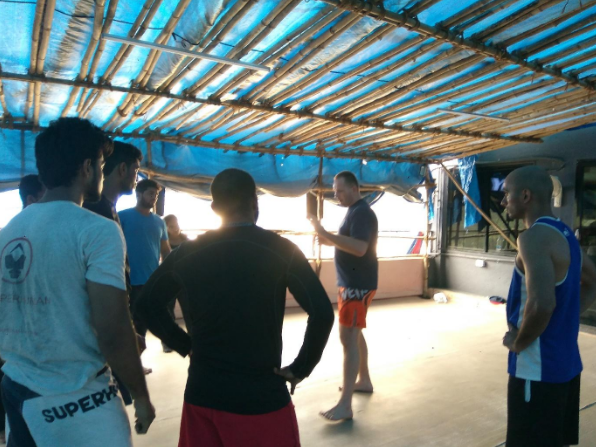 In India, the only form of ground game known to the masses is wrestling, not many know what BJJ is all about. I asked him to explain what BJJ was to our readers. “There are two kinds of BJJ, one which is a sport and the other, which is usually seen in MMA, is Gracie Jiu Jitsu. I train in Gracie Jiu Jitsu. It was meant for self-defense and for fighting on the street but now it has been picked up by the MMA masses and has gone on to become an important part of the sport.”

I asked him to explain the importance of ground game for MMA fighters. He said, “For a fighter to become complete he needs to have a good command over ground game. To a certain extent I believe that having a good ground game is the most important aspect of becoming a great MMA fighter.”

As Micha continued his seminar I decided to have a talk with the organizer Somesh Kamra, the owner of Superhuman gym. I asked him why was this seminar conducted. “I want to see the sport grow,” he said. “I am keen on giving my team the exposure that is required to compete on an international platform, as Micha has worked with the likes of Fedor he can probably teach them many things.” 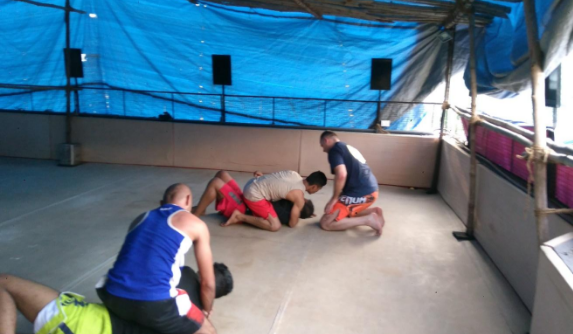 Somesh added, “In near future I plan on to bring many more experienced coaches, those people who can help my team grow and learn. In fact, I am not keeping these seminars limited to people in Superhuman, everyone who is interested can come and learn. I want the sport to grow.”

As we continued our talk I noticed Micha teaching everyone by getting himself involved in sparring with the participants. He was rolling with them, encouraging them, correcting their mistakes and bringing energy in all the youngsters.

As the workshop came to an end, I spoke with known Indian MMA fighter Siddharth Chandanshive, who recently visited Jackson-Wink MMA in the U.S., and asked him his thoughts on the seminar. “It was fun,” he stated. “Despite knowing much about BJJ and wrestling, I learnt many things. It also helped in brushing up basics.” Siddharth added, “Micha was very enthusiastic about everything, he was answering all our questions and was even willing to spar along with us.” 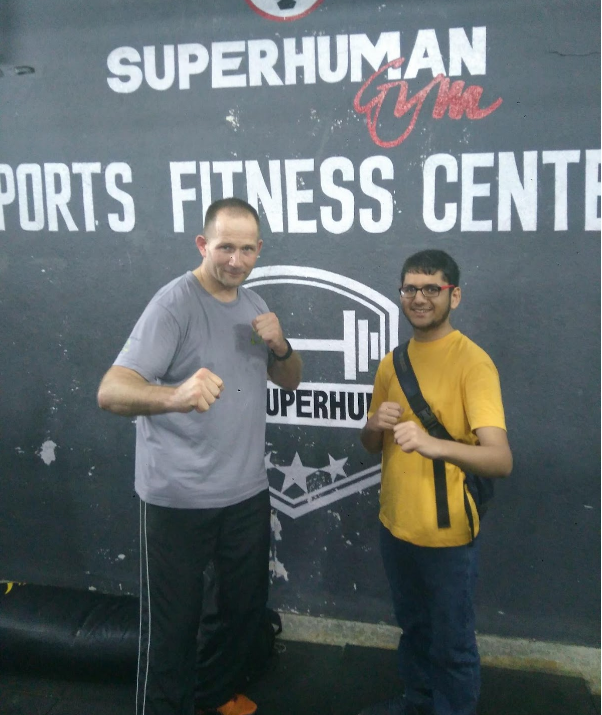 Micha also took some time out to answer a few of my questions. I asked him his thoughts on the seminar. “It was great. Most of them didn’t know anything about BJJ but were still responsive and picked up things easily,” he explained. “At this point, you cannot make any comparison. It will be unfair to them. BJJ is just like chess, a professional can easily beat an amateur, for the development of skills you need a professional by your side. It was a good experience.”

I asked him on what exactly did Indian MMA need so that it can improve by leaps and bounds. “They need experienced coaches,” Micha admitted. “They all have the capability to deliver if they are given the proper coaching. If they can bring some, in 10 years Indian fighters will fight very well.” And asking him his thoughts on the response of fighters who attended the workshop, he said, “People were curious. That was good, they had questions and were excitedly taking part in every activity. In the end, we had sparring and the fighting spirit these young men displayed was amazing.”

As the seminar at Superhuman Gym came to an end, Micha and the fellow fighters and participants gathered for a group photograph: