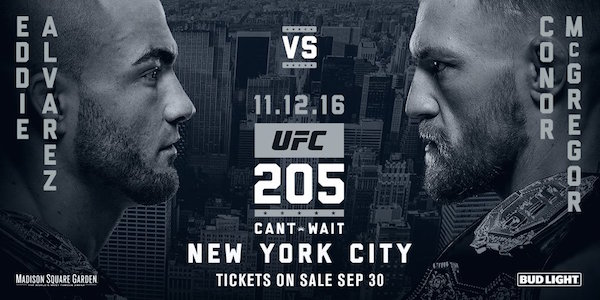 It’s a stacked card from top to bottom and we’re going to tell you how to watch the entire event.

UFC 205 START TIME AND HOW TO WATCH

Pay-Per-View Main Card: The UFC 205 main card will broadcast exclusively on pay-per-view starting at 10 p.m. ET/7 p.m. PT. To watch the UFC PPV online live stream the cost is $49.99 and can be ordered in the player below (via Youtube). A hi-def version of the event can be ordered on Fight Pass for $59.99.

Visit our home page at www.prommanow.com Saturday night for live results and round-by-round updates of the entire UFC 205 fight card.