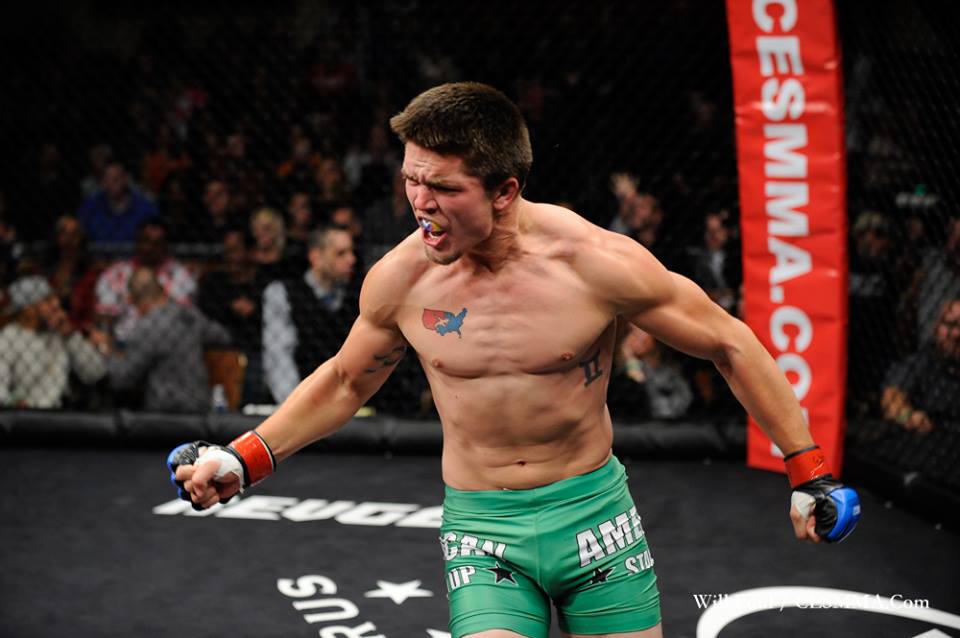 Before undefeated middleweight prospect Pat McCrohan tries to improve to 3-0 versus Ruslan Melikov at CES MMA 37 on August 12 in Lincoln, R.I., the blue chip up-and-comer sat down with ProMMANow.com.

I wrestled for about 10 years. My buddy at work did MMA, so I went to his gym to do some wrestling with him. He told me he could get me on the next card, which was a month away. But I accepted it. I won it, then I kept winning — all five of my amateur fights. Now I’m 2-0 as a pro.

With an undefeated record, do you feel any pressure to fight conservatively so you can keep your record intact and the UFC will come calling in three or four fights?

Not really. If anything, I’m just curious to see when I lose. Every fight I take, I know there’s a good chance of losing, but I kept beating the odds. When I lose, the pressure will be on because no one wants to lose twice in a row (laughs). Right now, I’m just out there winging it, hoping for the best (laughs).

What did that Mike Rodriguez win in January do for your career?

It kind of changed my mindset before because I got a little banged up. Before, it wasn’t that I wasn’t trying to hurt anyone, but my foot wasn’t all the way down on the peddle, I guess you could say. It was almost like I was training. But I got hurt, so bad that I had to miss work over it. Now it’s a completely different mindset. I’m not thinking about my opponent at all. I’m going to go in there and get the win as quick as I can and try not to take any more damage than absolutely necessary.

How do you see this fight ending?

I honestly don’t know anything about him. I’m going to go out there and try to end it on the feet. If not, I’m more than happy to take it to the ground and end it there. We’ll see.

How hungry are you to get a finish?

I love it! I want to get a knockout — a nice, clean knockout.