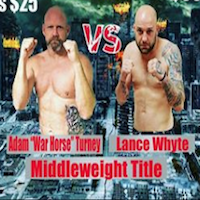 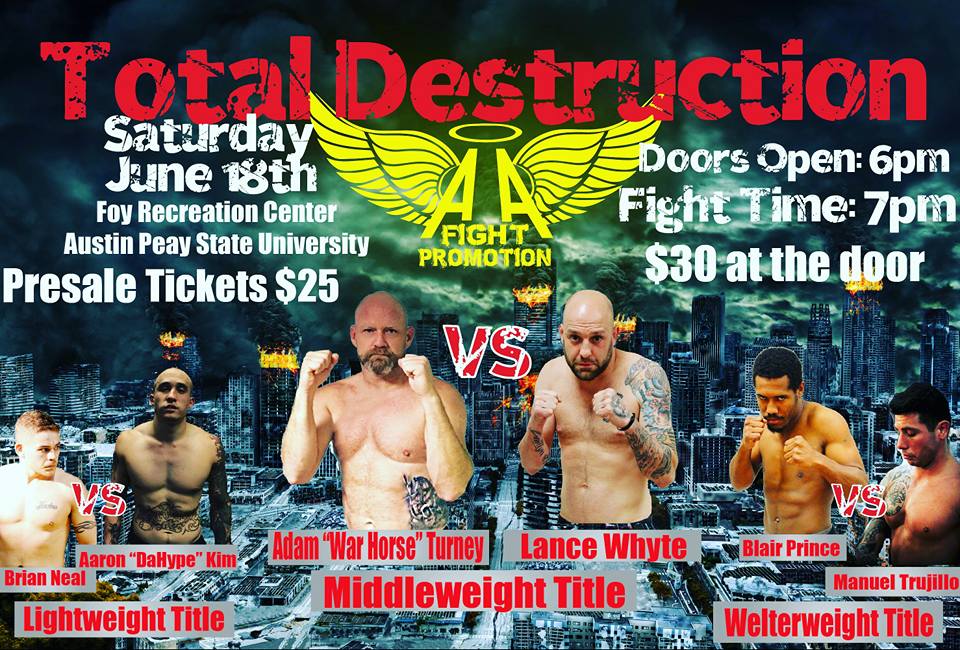 This Saturday, June 18, A&A Fight Promotions returns to APSU’s Foy Recreational Center in Clarksville, Tenn., with “Total Destruction”, an all ammy mixed martial arts event headlined by Nashville’s Adam “War Horse” Turney taking on Lance Whyte out of Huntsville, Ala. These two fighters, both in their 40’s, will be battling it out for all of us older guys out there as well as the A&A Middleweight Title.

In addition, the Welterweight Championship will be on the line as Manuel Trujillo faces Blair Prince, And the Lightweight championship is also up for grabs as Aaron “Da Hype” Kim welcomes Brian Neal to Middle Tennessee fisticuffs.

The doors open at 6 p.m. CT and the fights kick off at 7 p.m. CT. If you are in the area be sure to come out and support these up-and-coming fighters looking to leave their mark on the sport and on their opponents. Pro MMA Now will once again be on hand for this show and we look forward to seeing you at the fights!

NOTE: An additional heavyweight and light heavyweight bout is also expected to be on the card. Fight card subject to change.