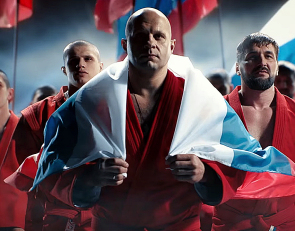 Not since the Fertitta brothers were told they needed to build an arena in Russia has Fedor Emelianenko come this close to fighting inside the UFC Octagon. The 39-year-old Russian Sambo Master and former Pride heavyweight champion will return to action on Friday, June 17, when he faces former UFC heavyweight/light heavyweight Fabio Maldonado at Eurasia Fight Night’s EFN 50: Emelianenko vs. Maldonado. The event will stream live on UFC Fight Pass from St. Petersburg, Russia.

Fedor spoke with The MMA Hour this week:

“I always wanted to fight for UFC and I would fight for UFC, but at this moment we’re looking at the deal and the deal has to satisfy both parties — them and my organization,” Emelianenko said. “Until there’s no friction, until we are 100 percent in terms of seeing eye-to-eye, we are all basically in limbo.”

“Right now, I’m much closer compared to when I just came back to MMA,” Emelianenko said. … “Yes, we did receive an offer. But, there are some finer points that we wanted to discuss.”

First Fedor has to get through Maldonado, and honestly, it shouldn’t be a problem considering their style match-ups. Maldonado is primarily a boxer, whereas Fedor is dangerous wherever the fight goes and has a whopping 16 finishes by submission, compared to Fabio’s three. They both have knockout power but the all-around game is in Fedor’s favor.

Could we really see “The Last Emperor” inside the UFC Octagon after all these years if he gets through “The Iron Hillbilly”? Crazier things have happened. Like Brock Lesnar’s return at UFC 200, for instance. At a time when prize fighting has never been bigger and spectacle trumps all, there are plenty of potential matchups for Fedor in the UFC that will have fans shelling out the pay-per-view dollars willingly and eagerly.

And there’s just something about the annals of MMA history that seems incomplete, if “The Last Emperor” doesn’t at last stand inside the UFC Octagon one day, whether it be for win or defeat.