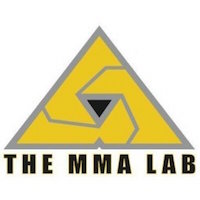 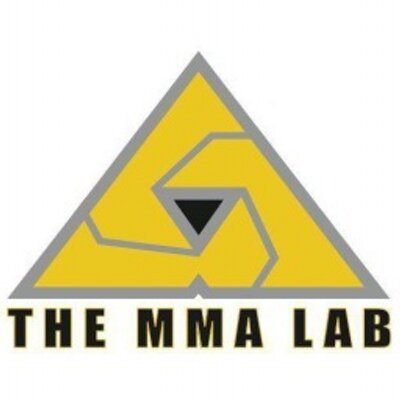 The MMA Lab is a gym based in Glendale, Ariz., and is among the Southwest’s premiere mixed martial arts training centers. It has established itself as an important part of the MMA world. Its coaches are some of the best combatants of their age and as a result has produced some really good MMA fighters. The gym itself has over 14,000 square feet of training area and four training rooms. In addition to the vast amount of grappling and mat space, the Lab offers a full weight and cardio room with cardio equipment, weight machines, free weights and plyometric equipment.

Despite all these facts most of the elite fighters of the Lab are way underrated. Let us actually take a look at some of the athletes fighting out of this laboratory and understand what fighting against odds is actually about. 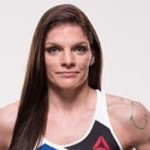 If there was an award for being treated unfairly by judges, Lauren Murphy without doubt would win the award. Lauren Murphy was the first ever Invicta FC Bantamweight champion and was undefeated when she made her UFC debut in 2014.  Her debut was against top ranked and Olympic silver medal winner, Sara McMann. They both locked horns on Aug. 16, 2014, fighting to a split decision victory for Sara. The decision had its controversies as Murphy dominated at least 2 rounds. To some extent the fight could be a draw but definitely not a win for Sara. Her next fight was against Liz Carmouche on April 4, 2015, a match she without a doubt won. Most of the media outlets declared Lauren as a clear winner but for some apparent reason Liz was named the winner.  The decision was criticized by many people but it was not overturned.

Lauren at last found her first ever (at least officially) UFC victory at Fight Night 83, on Feb. 21, 2016, when she thrashed Kelly Faszholz sending chills down peoples’ spines. This earned her the performance of the night bonus. Rumor has it she was supposed to face Holly Holm but was not given the opportunity. Of Murphy’s nine victories seven have come by the way of knockouts, and her two losses came by very controversial decision. Murphy is definitely top 5 material but for some apparent reason is not given the opportunity to show her talent. None of her fights are shown on the main card despite the fact  she has produced really entertaining fights. She is definitely the most underrated woman in the UFC women’s division. 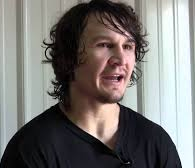 Every MMA fan knows that David Michaud is one of the most hardworking and talented fighters. Of his nine victories, seven came because of stoppage. The 27-year-old has at various points in his career been treated unfairly by both the judges and the organization he is in contract with. Let us start with UFC. David made his octagon debut on a short notice against Li Jingliang on UFC 173. David is a former TUF cast member on season 16 where he failed to qualify. Despite this David produced a really good match against Li and even won a round. He gave a beautiful performance but lost his perfect record that night. He then moved down to the lightweight division and on UFC on FOX 13 faced Garett Whiteley winning the fight with a unanimous decision. Michaud faced Olivier Aubin-Mercier on April 25, 2015, at UFC 186. He lost the fight via submission in the third round and was subsequently released from the promotion. It was never really clear why David was removed, but along with him over a dozen other fighters were also removed.

David now back in the wild was set to clash at Titan FC 39 for the Titan FC welterweight championship. He dominated most of the match, and every media outlet named the match for David but again he was screwed by the judges as his opponent, Dhiego Lima, won the fight. It should be noted that Lima was fighting in his home town and the phrase “hometown judgement” perfectly describes the situation. Despite being a hardworking and talented fighter “Bulldawg” is not getting what he deserves. 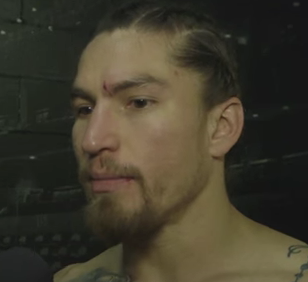 Prior to signing with UFC, Luke Sanders had a perfect record of 10-0, out of which seven were stoppages. He made his UFC debut at UFC Fight Night 81, on Jan. 17, 2016, against Maximo Blanco. Maximo was on a three-fight win streak. He had finished his last opponent and was 3-2 in his last 5. “Cool Hand” was an underdog when he stepped in the octagon, with Maximo being a favorite with: -115 odds. But as the match began everyone came to know that Sanders was not someone to mess around with. The 5’7″ tall monster gave a beautiful first round finish with a deadly rear-naked choke which forced Blanco to tap out. This vicious submission earned him a performance of the night bonus in his very first UFC fight.

Since then the 30-year old has not been seen in action but his performance did scream what sort of fighter he was. Despite being undefeated and having finished 7 0f 11 opponents, Luke is not really that well-known to most of the MMA world. “Cool Hand” has 2.2K followers on Twitter, which is pretty low for a fighter like him and has so far no next bout announced. Luke also stands with an amateur MMA record of 4-0 and amateur boxing record of 9-0. He definitely has what it takes to be among the top ranked fighters in the division and hence should be given the push he deserves.

Holtzman started his career at XFC in 2012. He went on to become XFC lightweight champion and went on to defend it. He was undefeated when he stepped in the octagon to make his debut at UFC Fight Night 73 on Aug. 8, 2015. He stood with a record of 7-0, out of which four were stoppages, and as a result he had quite a bit of hype around him. And when he faced Anthony Christodoulou, he proved it to many people that it was not just hype. He dominated most of the match and punished Anthony Christodoulou before forcing him to tap in round 3. This performance got him attention from various sources. His next opponent was Drew Dober whom he faced on Jan. 2, 2016, at UFC 195. He was an underdog when he clashed against Drew, but showed to many people that even if you don’t win you still can shine. Holtzman’s match with Dober was really very entertaining; a back and forth affair in which Drew dominated much of the match, but at the same time Scott gave a very impressive performance. Holtzman’s next opponent is Cody Pfister, whom he will face on July 13. Despite being 1-1 in the octagon “Hot Sauce” has established himself as a really strong fighter and his performances have beyond doubt been impressive. Despite giving very good performances in both his UFC appearances, Scott is still not on a lot of people’s radar. Popularity is a very important factor to get a push for a title shot, and maybe he is not near one now but Scott has it what it takes to be a champion in the future.

All these statements point out to one thing, that these fighters are not treated with the proper respect by both fans and promotion alike, and actually exposes the dirty politics beyond the cage. These fighters have time and again proven themselves as among the best. Let us hope that the MMA world gives deserving fighters their due rewards.

Let your voice be heard by commenting below,

But remember while commenting everyone must fight,

Let the game of belts begin.