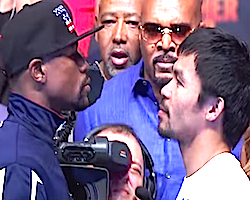 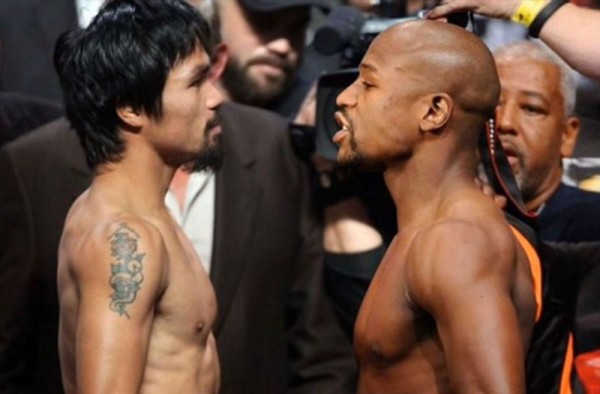 It was billed as the “Fight of the Century”, when Mayweather and Pacquiao squared off for the first time in Las Vegas on May 2nd2015. For many, it came a little too late in both fighters careers, but it still conjured up a tremendous amount of hype during the build-up and from the impressive stats on the tale of the tape, it looked like we could be in for a titanic battle.

However, despite breaking all kinds of attendance and PPV viewing records, the packed MGM Grand crowd were left slightly deflated by the fight. Floyd was comfortable throughout the fight, dictating the pace, and picking off shots when they were there to be taken, whilst keeping Pacquiao at a safe distance, securing a unanimous decision to victory.

As soon as Mayweather retired, there have been constant rumours around the boxing world that he would come out of retirement for the right fight. His father recently talked up the possibility of a rematch with Pacquiao, who’s camp also seem keen on the idea, but how would a rematch be of benefit for either fighters legacy? Is another fight between the two something boxing fans around the world would even like to see given the disappointment last time?

Pacquiao would take the fight in a heartbeat, not because he thinks he can beat Floyd, or even put in a more effective performance, but because it is a guaranteed mega-millions pay day. Mayweather on the other hand would have nothing to gain from the fight, apart from overtaking the great Rocky Marciano with a 50th win. He has already proven that he is the better fighter of the two so a rematch would not benefit him in the slightest, apart from adding a few more millions to his already bulging bank account.

A second “Fight of the Century” is a very unappealing prospect. If Floyd did fight again, then maybe the Amir Khan or Danny Garcia routes would be the way to go. Even a showdown with the brash, loud-mouthed Adrien Broner, who called out Mayweather after his latest victory, would make for an exciting spectacle.

If a rematch does materialise it would purely be for the financial gain of both fighters. The boxing itself would be a mere side-note, which would do the sport no good at all. Mayweather would win on points in a fight more disappointing and anticlimactic than the first.