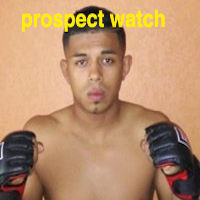 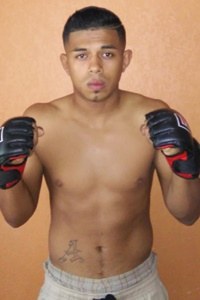 Twenty-one year-old Plainview, Texan, Jonathan “The Dragon” Martinez (7-1) has been making a name for himself in and around the Lone Star State as an up-and-coming flyweight with stopping power. Martinez was on an impressive seven-fight run (5 wins via T/KO) prior to getting disqualified for an illegal knee against former MTV reality show fighter Matt “Danger” Schnell (9-2) at Legacy FC 49 in December.

Martinez will return to action on April 18 when he faces Jesse Cruz (8-5) at Combate Americas III on NBC Universo and will be seeking to add another victim to his list of knockouts. Keep an eye on “The Dragon” as his future certainly lies on the big stage.

How long and how did you get started in MMA?

I’ve been doing MMA for 4 years now. I got started when I was 14 in Taekwondo. I decided that it wasn’t enough for me so I switched to mixed martial arts.

Could you tell us about your coaches and training partners?

I have four coaches and they all have their own specialties. They help me in every way they can and they are all very experienced. I do a lot of cross-training so I meet new people all the time. They push me as much as they can.

Your next fight is at Combate Americas, who is your opponent and what do you know about him?

I will be fighting Jesse Cruz. I don’t know too much about him other then he’s a well-rounded fighter, but I know this will be a good fight.

Anyone you want to shoutout?

First of all I want to thank my coach Danny Perez. He helps me a lot he makes sure I have everything I need. Also my coach Johnny from Crossroads Boxing, for helping me get my boxing better. My manager Wade Hampel of Big Fight Management and to everyone who has helped me get ready for this fight. Too many to name.

Check out Jonathan Martinez’s epic knockout of Marshon Ball from 2014: