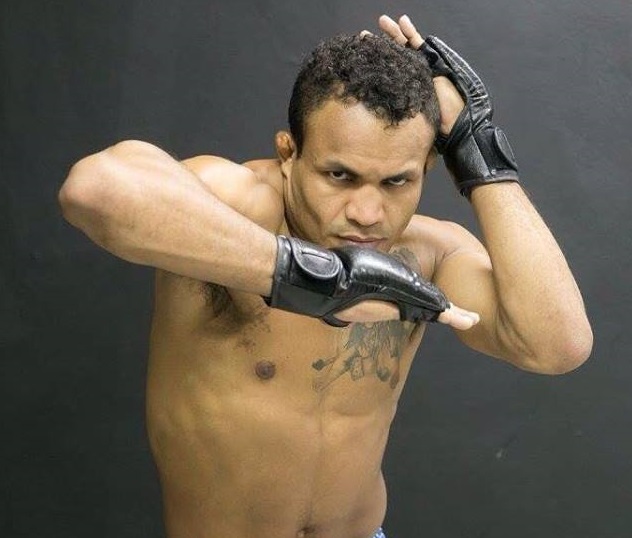 Fabiano “Jacarezinho” Silva da Conceicao (26-6-1) is the other “Jacare” from X-Gym in Rio de Janeiro, Brazil. Most of the major media in Brazil rank him as the number 1 bantamweight in the country. He is the Jungle Fight champion and the protege of UFC superstar Jacare Souza.

It’s a little strange putting a 33-fight veteran in our prospect watch but the fact is this 28-year-old Brazilian with a 77% finishing rate has still yet to make his debut in one of the major league MMA promotions. We believe that is about to change.

We caught up with Jacarezinho this week to talk to him about his upcoming 145-pound title fight at KSW 34 March 5 in Poland.

Please tell us about who you are fighting and what promotion?

Artur Sowinski. He is a good athlete. He is the champion, at least until March 5. It will be a tough fight, but I will be the champion.

I know he is training very hard, and has great boxing, he defends the takedown very well. He will want to make the fight a boxing match. I am an MMA fighter and will make my Jiu Jitsu a factor when we fight.

Training is going great at X-Gym. I feel very strong and been training boxing, Muay Thai, wrestling, and of course Jiu Jitsu. This camp has been my most complete camp ever, Artur will see the best Jacarezinho.

What are you looking forward to about fighting outside of Brazil?

It is always exciting to travel to another country. Most of my fights have been in Brazil, but I am very excited about fighting Artur is his home country, in front of his fans. I must beat the champion.

What are you NOT looking forward to about fighting outside of Brazil?

Anyone you want to thank or shout out?

I want to thank all my team XGYM, my manager Wade Hampel of Big Fight Management, Global Mix Sports, and KSW for believing in me.

What are you going to do with the money if you win?

The money will use to pay the bills and buy baby clothes for my child.

You can watch Jacarezinho take on Artur Sowinski and the rest of the KSW 34 fights via live stream on March 5 at KSWTV.com.