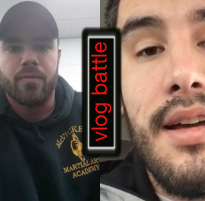 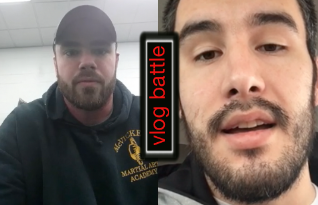 Keith “The Banana” Smetana and Devon “Mr. Boomtruck” Smith‘s vlog battle heats up as they enter Round 3 of their fight before the real fight inside the cage on March 12th at Prestige FC 2: Queen City Coronation at The Orr Centre in Regina, Saskatchewan.

“The Banana” worked hard this round per usual, showing off his strength, power, creativity and kicking technique. Solid round for the West Virginia fighter traveling to the North country to try and take down their rising star.

Boomtruck gives a status update, shows some technique he’s working on and then bring the big guns with his baby girl Zoe giving a prediction for the fight. That round was all heart from the Canadian and it will be interesting to see how the judges scored it.

Take a look back at Round 1 and Round 2

Check back later this week for Round 4!