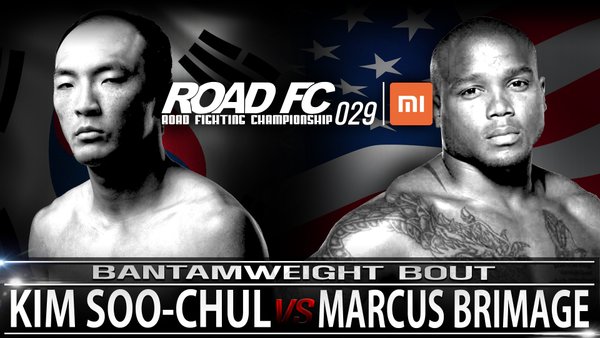 Road FC 29 has added a bantamweight matchup between Kim Soo-Chul and Marcus Brimage to its lineup, officials have announced.

Brimage (7-5) is coming off an eight-fight stint in the UFC following his appearance on The Ultimate Fighter season 14 in 2011. After a three-fight win streak to start his UFC career, the 30-year-old “Bama Beast” has dropped his last two and has only won one of his last five. His most notable win inside the Octagon was a head kick knockout of Jumabieke Tuerxun in Nov. 2014 in Australia.

Kim (12-5-1) is a 24-year-old South Korean fighter who is coming off a unanimous decision over Jungle Fight champion Maike Linhares at Rizin FF in December. Kim had finished four straight Road FC opponents in the first round prior to fighting to a Draw against Marlon Sandro at Road FC 25 last August.