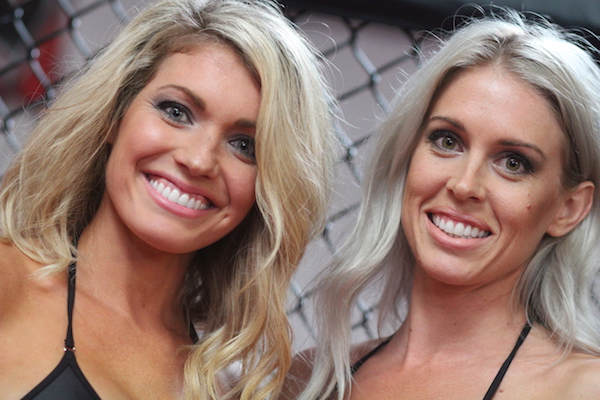 The weigh-ins which were held the day before, at the Punishment Training Center saw Cyborg Cristiane Justino tip the scales at 144.6 pounds, while her Challenger Daria Ibragimova took to the scales to weigh in at 143.7.

Justino re-enters the ring following a four-fight winning streak, having dispensed of her past two opponents within minutes. The 30-year-old Brazilian Chute Boxe star showcased her fighting prowess and dominance at Invicta 13, in July of last year when she brought down Faith Van Duin with a knee and a series of follow-up punches ending their bout within 45 seconds. “Cyborg” has not lost a fight in close to a decade, with a resume celebrating victories over a host of respectable fighters, such as Marloes Coenen, Gina Carano, Shayna Baszler and Hitomi Akano.

In comparison, Ibragimova has rattled off seven straight wins since being triangle choked by Cindy Dandois at an M-1 Global event in March 2010. The 31-year-old Russian has recorded seven of her nine career victories by submission: three by rear-naked choke and four more by arm bar. Ibragimova last competed in March 2015, where she submitted Anastasia Plisenkova within 28 seconds under the Eurasia Fight Nights promotional banner.

Invicta Fighting Championships is a world championship All Pro Mixed Martial Arts (MMA) fight series featuring the first all female fight organization, dedicated to providing female athletes with a major international platform to maximize their skills on a consistent basis. Founded in 2012 by longtime MMA executive Shannon Knapp, and Julie Kedzie as its official matchmaker are both committed to pioneering the future growth of Women’s MMA by promoting the best possible match-ups between female competitors and identifying future superstars of its sport.

Female MMA has seen a rapid growth in popularity, following the renowned successful media recognition and accomplishment of fighters such as Rowdy Ronda Rousey. Although this has helped promote women’s mixed martial arts, the quality and quantity of women’s sports coverage in media has been far eclipsed by that of men’s sports and in some cases has actually worsened over time, according to the latest iteration of a 25-year longitudinal study of gender in televised sports news and highlights shows.

In 2014, ‘SportsCenter, ESPN’s flagship program, dedicated just 2 percent of its airtime to women’s sports, according to their report — a figure that has remained flat since 1999. In addition to SportsCenter, researchers have examined sports news and highlights on three local Los Angeles network affiliates and the results were just as dismal: Just 3.2 percent of airtime went to women’s sports, down from 1999 and 2004 levels but a slight improvement in 2009 at 1.6 percent. Over 95 percent of the news and highlights analyzed by the study had male anchors and co-anchors which drives sports media, leaving less interest in covering women’s sports.

According to Cheryl Cooky, associate professor of women’s, gender, and sexuality studies at Purdue University and the study’s co-author, in order to correct that imbalance, the focus in media needs to be on bringing more women into sports journalism. Unequal treatment of men’s and women’s sports perpetuates the notion that playing and watching sports is inherently masculine, when in reality, “there’s great diversity and complexity in what men and women enjoy,” Cooky said. The current treatment of women’s sports on television ensures that, “you end up marginalizing women sports fans and, I would argue, men sports fans, too.”

All photos by Joey Krebs | Phantom Street Artist for ProMMAnow.com

All photos by Joey Krebs | Phantom Street Artist for ProMMAnow.com