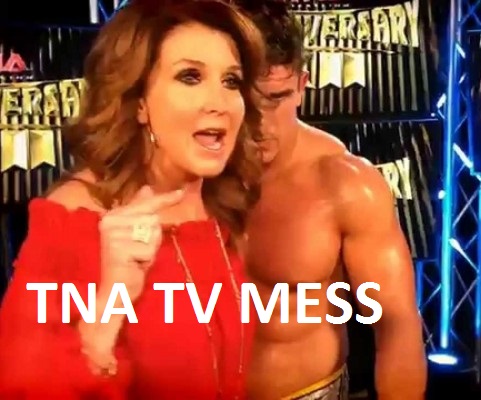 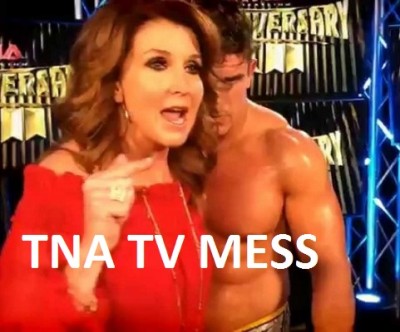 Destination America officials have, this is all but confirmed, decided to drop all TNA programming, including their bread and butter  – Impact Wrestling. The decision was announced along with the original programming move to Wednesday nights.

All TNA programming on Destination America will now end at the conclusion of the third quarter this year, around the last week of September. Destination’s parent company Discovery was informed of the decision. This decision from Destination America was meant to be kept secret just like their departure from SpikeTV. It is expected to be made public when the station eventually reveals its 2015-16 television season prime-time lineup.

However, a deal has not been finalized and not all of the company is aware of this. Dixie Carter, TNA’s head honcho knows, but the talent does not. This came about because of declining ratings and to be fair to TNA what did they expect on an obscure station… Two other issues were cost of programming to ratings ratio and certain advertisers did not want their commercials airing during TNA.

For the May 8th live episode of Impact Wrestling, Destination America purchased an advertisement in the USA Today newspaper in an effort to heavily promote the show. This did not provide anything toward an increased rating. It actually did worse than other episodes and the replay was just as bad, one of the worst ratings ever. The replays are how the majority of west coast viewers watch TNA. Shortly after, Destination America decided their run with TNA was over and this may be the last chance for a once promising product.

What do you think? Is TNA finished for good?