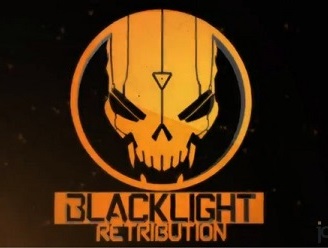 Ladies and gents it’s time for another edition of Sean’s Amazing Stupendous Spectacular Blacklag Migration Tales of Wonder and Astonishment. Yeah, I know it’s alot so we just call it Sean’s Blacklight Adventures on PS4.

We will start with the respect section. Every time I write one of these I have to give shouts out to the guys who rush in head first and blaze paths through the enemies. These are the guys who are usually 17-12, which isn’t stellar, but it allows for the janitors, cheap players that hide behind others to rack up points. Anyways, here they are:

FYI for noobs: Some of us have been playing so long that we wear very light armor, play with underpowered guns, and sometimes with guns we hate to make it more interesting. You can only run and gun in bursts or you get burnt out. If you kill a pro it doesn’t make you good. You probably shot him from a crowd, with someone else’s OP gun, or with a grenade hail mary’d in to a crowd. Like Han said, “Great kid don’t get cocky”.

These are the guys who hide behind everyone else. They are the guys who camp spawn areas. These are the players that shoot you when you are killing three players at a time. They are awful, just awful and you will only find them in Team Deathmatch or places they can hide. I have never encountered any of these guys in any deathmatch game, EVER. This week we present to you three douchebag, low skill players.

RomanAW – Hides behind many, many people. By the time you kill the 20 people to get to him you have low health and he jumps out and two shots you before running the length of the gameplay area to hide for the rest of the game.

CaUtTioNTaP3 – Not sure how accurate that name is, but he cleans up the messes from a distance and rarely leads the charge. He complained in a stream that others spent money on gear and how pathetic they were….then you see him in game and he is sporting gear far above his level that could only be purchased with real money purchases. He had no less than $50 worth of gear including colors which run $5 a pop. He is terrible.

ives1234 – This guy was mopping up until I ran up on him and killed him. Then he spent the rest of the games as a lemming trying to get back to me. Sorry Ives, tricks are for kids.

My scores I recorded in light armor were okay. One of them was just awful with low health and 0% armor allowing me to get shredded on Helodeck. (W-L)

In heavy armor it was 0kay, but I have never been a great heavy armor based player. (W-L)

Those are just some of the scores I posted and they best represented what my time playing looked like. There has been a resurgence of players since the new patch was released so it has been somewhat exciting. They got rid of the convoy map though and that is disappointing.

Finally, an apology to urmutedahole. Our feud started a long time ago when I mistook him for a guy I dominated in Unreal with the name unmutedahole. For a while it was bad blood, really bad in game in terms of taunts, face sitting, etc… I think it was a particular good game I was having where I killed him like 5 times because he was on a crappy team and I was incredibly controller throwing obnoxious. He started leaving the games I joined until recently. I don’t blame him. He is an outstanding player and we work well together on a team. Apologies to you, sir.

THE BIGGEST COWARD IN BLACKLIGHT IS STILL RAIDENRETURNS. He has run from every game I have joined and reportedly even stopped playing because he did not want me to kill him again.