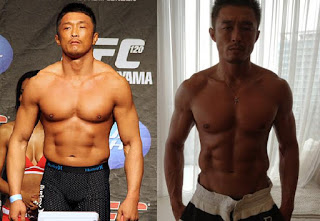 The California State Athletic Commission and the California Amateur Mixed Martial Arts Organization are seriously taking a look at the way MMA fighters cut weight in MMA. There has been some concern over past methods utilized by fighters. Some cases saw fighters passing out, severely dehydrated, or worse. Then there was the famous Gabe Ruediger appearance on The Ultimate Fighter 5 where we saw him utilize incorrect methods and later laid on the floor begging BJ Penn dramatically to put him back in the sauna. The point is that weight cutting can be dangerous if done incorrectly and is expensive to do right in terms of dieting and coaching.

Here’s what the Cali commission said about their weight cutting goal to ESPN.

Effective Jan. 1, 2016, all amateur mixed martial artists competing within the state of California will comply with a lowest allowable weight limit, designed to prevent athletes from ever dropping below 5 percent body fat.

Andy Foster, CSAC executive director, says it will be easier to get to started with the amateurs instead of pros. Most amateurs fight closer to their walking weight in general and if you think about it do not have a final, established weight class they are making money at.

It dawned on me that the professional fighters I’m dealing with, most of them have already had a long experience in our amateur ranks. That is where they developed weight cutting behaviors that they took with them. I could even go a step further and say the behavior needs to be changed in middle and high school wrestling programs. If we can stop this behavior of extreme weight cutting using various criteria with amateurs, it will transcend to the professional ranks.

What do you think? Should the athletic commissions be involved in weight cutting regulations?