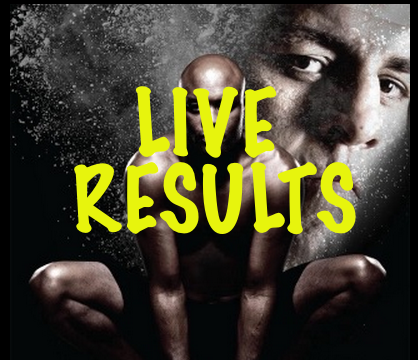 We’ve got UFC 183 tonight from Las Vegas with pound-for-pound great Anderson Silva taking on Stockton enigma Nick Diaz in the main event. Top welterweights Kelvin Gastelum (although because he missed weight again, this time by 9 lbs., he’ll likely be forced to move up to middleweight) and Tyron Woodley will meet in the co-headliner.

PMN will provide live results of all the action with round-by-round play-by-play of the Fox Sports 1 prelims and the main card.

Let us hear your thoughts on the fights in the comments section below.

Stick around after the fights for the sure to be entertaining UFC 183 post-fight press conference.

REFRESH YOUR PAGE FOR LIVE UPDATES…

Round 3 – Natal lands some nice punches that back Watson up. Watson with a leg kick. High kick from Natal blocked, but it’s hard. Watson just gets out of the way of a spinning backfist. Jab from Natal. Leg kick Watson. More jabs from Natal. Watson trying to get inside. Leg kick. Leg kick from Watson but Natal counters with a one two, and two more punches behind it. Leg kick Watson. Jab from Natal. Body kick follows. Left hook and two big jabs from Natal. Smells blood and charges, gets the takedown but Watson is right back up. Another takedown. Watson gets up, but then gets slammed and finishes the fight on his back. PMN scores the round 10-9 for Natal, and the fight 3 rounds to 1 for Natal.

Round 3 – Body kick from McCall but Lineker is looking to land those big punches. Body kick from McCall but Lineker counters with a left. McCall shoots, stuffed. Lands a body kick. Left body kick from McCall, gets clipped with a big left as Lineker cuts him off against the cage. Left hook from Lineker and McCall wobbles. They trade in the pocket and McCall is able to stop the assault momentarily. McCall bleeding from his face. . Lineker cuts him off again and lands a couple more big left hooks. McCall shoots, stuffed. Lineker touches his belly and sticks it out taunting McCall (because McCall called him fat for missing weight). They slug it out in the finals seconds then hug it out. Great fight. PMN scores the round 10-9 Lineker and the fight 2 rounds to 1 for Lineker.

Round 1 – Leg kick inside for Brunson. Brunson fakes a kick, and perfectly times an overhand left, then a left jab that knocks Herman against the cage, another one puts him down where Brunson finishes him off with several unanswered punches as Herman turtles.

Round 1 – Touch gloves. Leg kick from Tate. McMann with a right, and Miesha with a right. Inside leg kick from Tate. Counter right from McMann. Huge right hurts Tate and she goes down. McMann pounces and is on top in half guard. McMann on top inside guard. Tate has her in full guard now. McMann passes to half briefly but Tate recovers full. Tate tying her up pretty good and is preventing a lot of damage. McMann passes to side mount and is landing punches. McMann lands some g n’ p, but Tate goes for a triangle and ends the round with McMann fighting to get of the squeeze. Wasn’t under the chin though. PMN scores the round 10-9 McMann.

Round 2 – Tate counters McMann coming in looking for that big right. Jab from Tate. They slug it out in the clinch, both landing some good shots. McMann with a stiff right as Miesha rushes in. Nice one two from McMann, Tate with a body shot. Front kick from Tate. McMann with a right, pushes Tate to the cage, knee to the body. Left from Tate on the break. They slug it out before Miesha locks on a guillotine as McMann shoots in. 41 seconds to go in the round. 20 seconds. Tate readjusts. 10 seconds. McMann survives. PMN scores the round 10-9 Tate.

Round 3 -One round a piece. McMann’s corner agrees. McMann scores a takedown, but Tate is able to gain top control with half guard. Tate gets to side mount. Tate controlling, throws a couple elbows but not doing damage. My fiancee just called it boring. Tate in North/South and traps Sara’s arm, landing elbows to the face. Big elbow from Tate. 30 seconds to go. Miesha in side mount. Tate looking for a kimura, McMann pulls out but ends the round on bottom. PMN scores the round 10-9 for Tate, and the fight 29-28 for Tate. She was in trouble that first round and was nearly stopped. Great comeback for Cupcake.

That 29-27 score is strange. Tate said she was really hurt in round 1.

Round 2 – Alves pressuring. Mein does a forward roll to the other side of the cage. A body kick puts Mein down and Alves finishes him off with punches. Guess he didn’t like Mein’s forward roll. For the record, I picked Alves.

Round 2 – Big leg kick from Leites. Boetsch checks the next one. Big left hook from Leites. Boetsch lands an over the top left hook that stuns Leites. Leites clinches him against the cage, backs out. Overhand right stuns Leites and he clinches up again. Boetsch pushes him to the cage. Boetsch checks a leg kick. Left hook, right from Boetsch. Leites on the run, he shoots in and gets Boetsch on his back. Full mount. Boetsch gets half guard. But Leites locks on the arm triangle but Boetsch survives. Boetsch’s face bleeding. Leites back to full mount and goes for the arm triangle again. Much deeper this time and Boetsch goes to sleep.

Round 2 – Left hook counter from Lauzon. Nice left right follows. Jab, headkick attempt from Al. Jab from Joe. More jabs. Big leg kick from Al, front kick, uppercut and jab. Jab from Al. Joe shoots, stuffed. Body shots from Al, jab. Jab. Jab to the body, body/head combo. Joe wobbles a bit. Al hurts him with big punches. Joe goes down and Al tries to finish with hammerfists. Joe stands up but is getting battered. He’s out on his feet basically. They should stop it. Al picks him apart with steady technical precision until ref Marc Goddard stops it while Joe is still on his feet.

Round 3 – Gastelum pressuring, backs Woodley up to the cage. Woodley tagging him with right counters. Gastelum scores with punches. Woodley fires back. Gastelum’s corner calls out that Woodley’s hurt. Punch combo from Gastelum, knee to the body from Woodley. More pressure. Body kick from Gastelum. He presses Woodley to the cage but gets pushed off. Woodley lands a couple nice counters. Gastelum bleeding over his eye possibly from a head butt. High kick from Gastelum. Blocked. Woodley presses him to the cage. Under a minute to go now. Crowd boos. More clinch wrestling until the bell. Crowd not happy. PMN scores the round 10-9 for Woodley and the fight for Woodley 2 rounds to 1. But other than Gastelum’s pressure it was pretty close.

Woodley says he doesn’t want the 30% that the commission plans to take from Gastelum for missing weight.

Round 1 – Oh snap. This is real life I think. Diaz already taunting. Leg kick. Right hook and left from Anderson but Diaz says bring it on and actually lays down on the mat to taunt him. LOL He’s doing Anderson on Anderson. Silva with a one two. Diaz pressuring, lands a right. Diaz gave his back to Anderson standing a little bit ago. Left hook from Diaz. Body shot and several punches. Anderson standing in the pocket. Leg kick Silva. Inside leg kick. Nice left from Diaz. Diaz has him ruffled a bit here. Anderson does not look confident. Lands a nice counter right and left though. Goes for a flying knee. Another counter shot and jab from Silva. Leg kick Diaz. More punches from Anderson, a big right, dog fight now. Body kicks from both. Diaz looks ruffled now a bit. More posturing. Pretty close round. PMN scores it 10-9 for Silva because he finished stronger.

Silva falls to the mat crying uncontrollably after the fight. Diaz helps him up and tells him not to cry and he respects him.