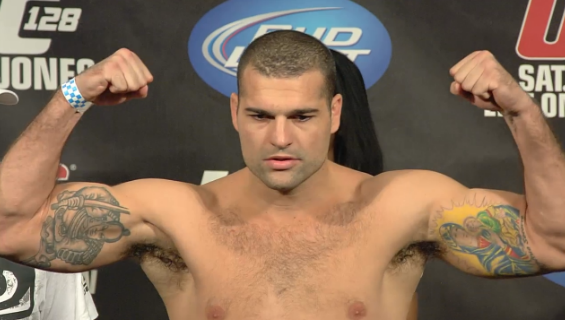 Whenever an MMA legend or superstar starts losing their mojo, or more specifically their durability starts to fade, the younger guys smell blood in the water. Right now Mauricio Shogun Rua is bleeding and they can smell it. The same can be said for pro wrestling, really. Daniel Bryan and Roman Reigns are currently injured and guys like Dean Ambrose and Seth Rollins have joined in the feeding frenzy for their vacated spots. When Stone Cold was injured HHH stated that that there were a bunch of “sharks” who were ready to step in at a moment’s notice while he was gone from WWE TV.

Athletes in sports where money is involved that uses star appeal as a factor in pay will ruthlessly try and position themselves where the money is. Let’s be honest who wouldn’t. Respect and admiration is great, but it doesn’t buy Rolex watches, fancy cars, and does not put food in your kid’s college funds, or food on your table. It’s no secret that in nature there is always a fight to establish who the alpha male of the species is. If the alpha is injured the younger, aggressive males will challenge him until he is defeated – or one of them is dead. Shogun announced on his Facebook page that he was considering dropping to 185 after being on the receiving end of an Ovince St. Preux KO.

I want to have my thanks registered here for all the support on my fight Saturday Night. I want to also thank you guys for all the showings of care and support after the fight.
Losing is always very bad, hurts a lot, but what’s hurting more is to lose without being able to show what I trained, and what I know. Fighting is fighting, and I know very well that in this weight class any punch that connects early on can cost a huge price. For many times in my career I was in the happy side and unfortunately this time I faced the sad side of this story. I know a lot of people will unload harsh words, some will make constructive criticism and others will take the chance to throw all sorts of jokes and offensive words as possible. Unfortunately this is all part of being in the spotlights, and it’s something that we as professional athletes, and mostly in Brazil, have to be always used to deal with.
As much as some will doubt it, I prepared myself a lot for this fight and was well trained, and this is what hurts the most about losing this way, without being able to show what I trained. Those who followed it, trained with me, or saw some of my training knows this. When you lose fighting some rounds, or even some minutes, in some ways it’s less of a suffering cause you were able to show what you got and what you prepared, and it wasn’t enough. But losing this way it’s certainly very frustrating.
I made a technical mistake, maybe due to anxiety and a big will to get this win in Brazil in such an important moment of my career, and I paid the price. Props to St. Preux, It’s part of the game and he deserved the win.
Now I will rest, enjoy my family and then think about my next steps, TUF Brazil, maybe a weight class change, but I’ll keep on going cause winning is easy, but keep on battling and overcome the obstacles is what makes a true fighter. Thank you all for the support.

Upon hearing the news Tim Kennedy took to Twitter to let his opinion be known. Apparently Kennedy feels that Shogun is too far past his prime to be an alpha male fighter, and will not make it in the middleweight division.

Somebody tell Shogun that it is a VERY bad idea to move down to 185. It is a total shark tank down here and we will all eat him up.

Kennedy is a funny guy and a pretty good MMA fighter, but could he beat Shogun Rua is the question. Even if Rua’s chin is weak he still has the one punch KO power to turn off Tim’s lights.
[ads1] [ads2]