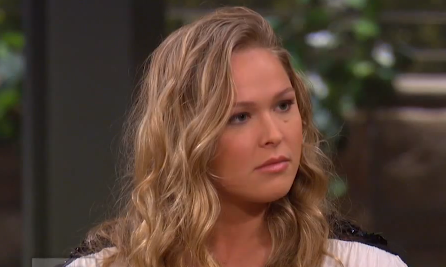 We’ve all seen those fights where the winner is busted up more than the loser. Remember GSP vs. Hendricks at UFC 167 last November? Hendricks sent that dude into retirement, but GSP still won the split decision. Johny didn’t have hardly a scratch on him after the fight, whereas GSP looked like he’d been in a car wreck. UFC women’s bantamweight champ Ronda Rousey says it’s the pretty fighters, the ones who come out not all “gnarled up” that you have to look out for. I guess that’s why Hendricks is now the champion. Then you got Chris Weidman, Ronda Rousey (of course), Demetrious Johnson …. hmmmm, she might be on to something…

Rousey also explained why she’d “rather die than lose”, saying she’s lost when it counted the most in judo and knows what it feels like and she never wants to feel that way again. It sounds good on paper, but there’s something to be said for getting your ass kicked once in awhile too to keep you on track. But what do I know, she’s the champ and I’m just writing about her, so there ya go.